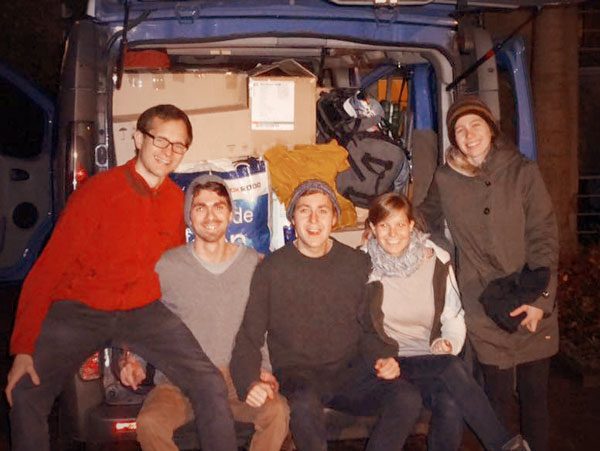 Many people feel powerless as they watch a human catastrophe such as the European refugee crisis unfold. But not Melton Fellow Leo Schwarz. 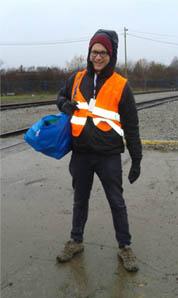 Leo, a German fellow who recently graduated from FSU Jena with a degree in Psychology and Sociology, decided he could not sit idle while so many people were experiencing unspeakable suffering so close to his doorstep. “My flatmates and I were discussing about the issue a lot; it was already all over the media, the internet, the tv – everywhere,” he says. “Finally we were trying to find solutions, or how we could contribute, and we had different ideas of what we could do. We thought about going to the Hungarian border, because it was closed.” Leo and four of his friends did their research and found out about different NGOs operating in the area. One of them was Intereuropean Human Aid (IHA) – a team of experienced refugee aid workers operating in border regions. “They build camps to help organize the help there, people are young and inexperienced, so they set up everything you need, tell us what we should bring, what we should and shouldn’t do, and so on.”

But why did Leo decide it was important to meet refugees at the Hungarian border instead of helping incoming refugees closer to home? “Two things: one is that they are being held at the borders – Hungary has already closed their borders, and it’s hard to find out what is actually happening there,” he explains. “From what you can find out, it’s a horrible situation and, as winter is coming, it’s probably going to get worse. Second is that there are already a lot of initiatives in Germany. Here the problem is tackled a lot more and better than in Eastern Europe.” 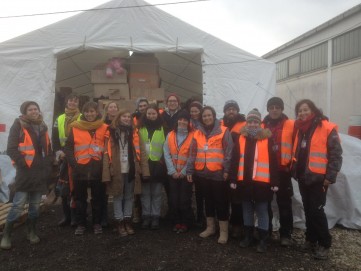 The month-long crowdfunding campaign for the project raised nearly €2,500 and covered all
transportation costs in addition to supplies such as food, shoes, sleeping bags and toothbrushes. Leo and his flatmates also collected donations at home in Jena. “We asked for warm clothes, coats and blankets for the winter, and the donations poured in. Our hallway was flooded with them. We’ll be able to fill up the bus to the brim,” he wrote on the Facebook campaign page.

Leo says being a Melton Fellow has helped him turn the project into a reality. “The fellowship helped me with the crowdfunding, because I had two or three workshops on this topic at the MF. I had never tried it before but that’s how I got the connection, and it worked well,” he tells. “I also received support from the network; quite a few people answered my call, and that gave me extra motivation to put more into it and make the project even better and make it successful. When I introduced the project to the FSU campus team, they gave me feedback and asked me some questions that helped me reflect on the project even more.” 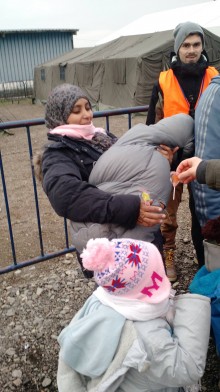 The group left Germany November 21st, and their first stop was the refugee camp at the new fence at the Austrian-Slovenian border. They will spend a total of 12 days distributing and reorganizing clothes, taking care of lost and injured people, communicating with other NGOs and introducing newcomers to the camp rules.

Read more about their journey and stories here!