The India GCC 2019 at BMS College of Engineering kick-started on the evening of the 23rd of September 2019! Read on to catch early glimpses from the conference, as we spill the beans on our skill-based workshops, team building sessions and more! 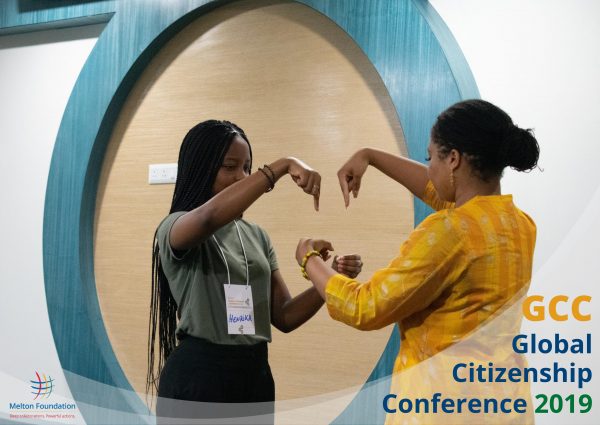 The India GCC 2019 at BMS College of Engineering began on the evening of the 23rd September 2019 with a brief address by our Learning Director, Alafia Stewart who introduced a very interesting ice-breaker game to energize the crowd. This was followed by an address by our Executive Director Steffen Bethmann and our Director of Strategy, Lars Dietzel, with a strong call to think outside the box in order to collaborate across boundaries and differences.
We then heard from the newest members of our Melton Staff, Sonali Keshwa Murti, Program Assistant, and Ashitha Nayak, Communications Consultant, about their experience and role in the #IndiaGCC2019 and beyond. 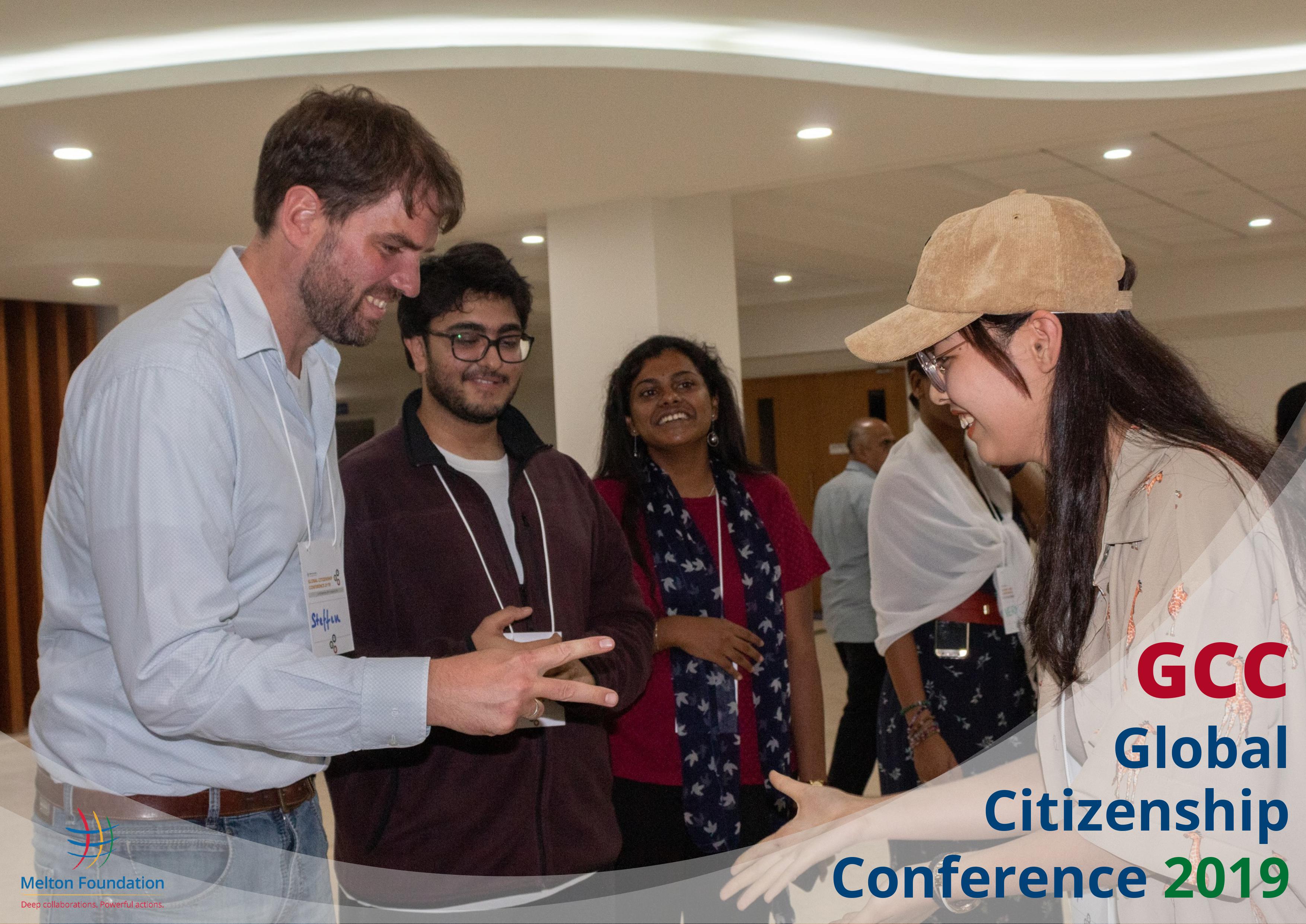 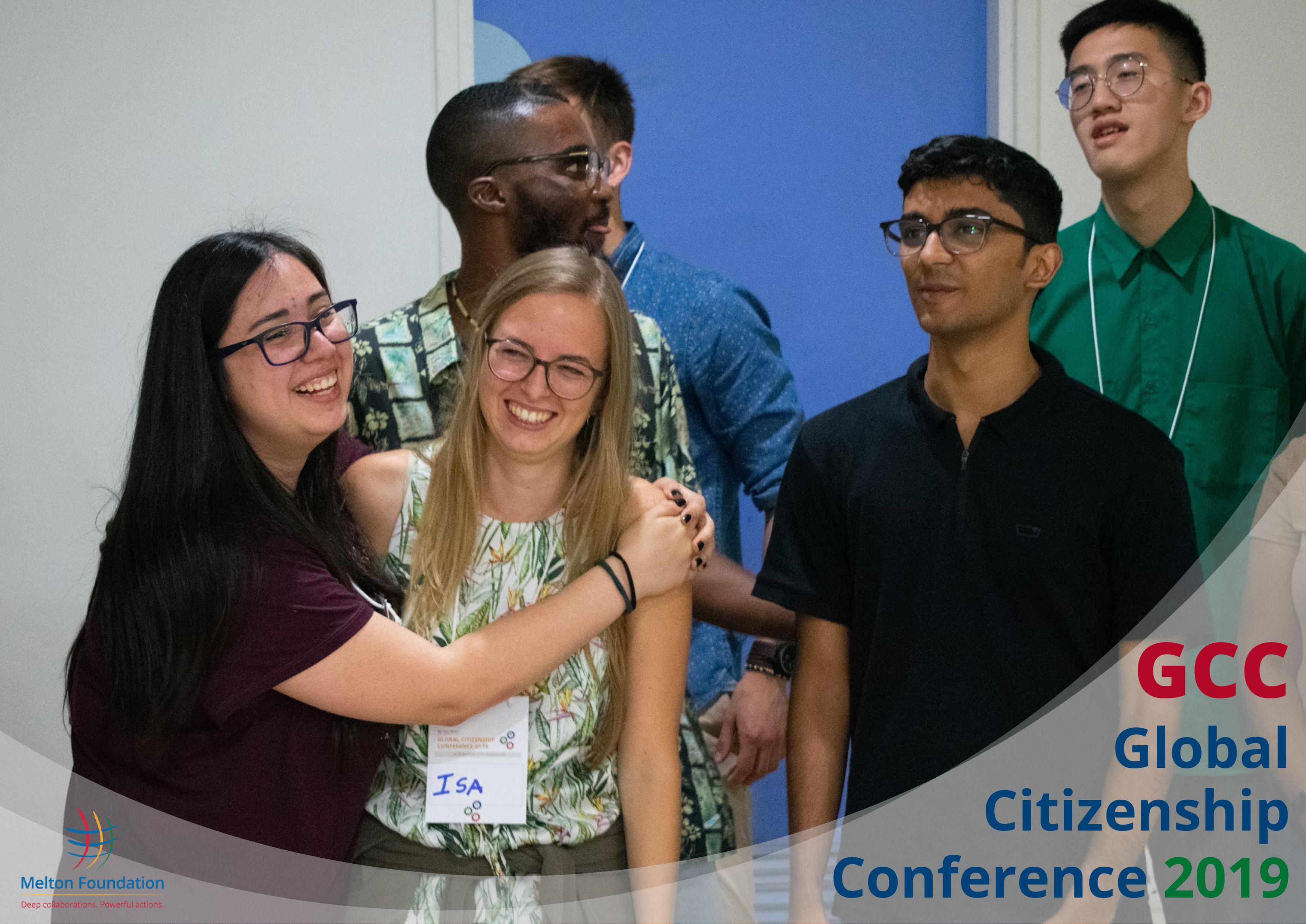 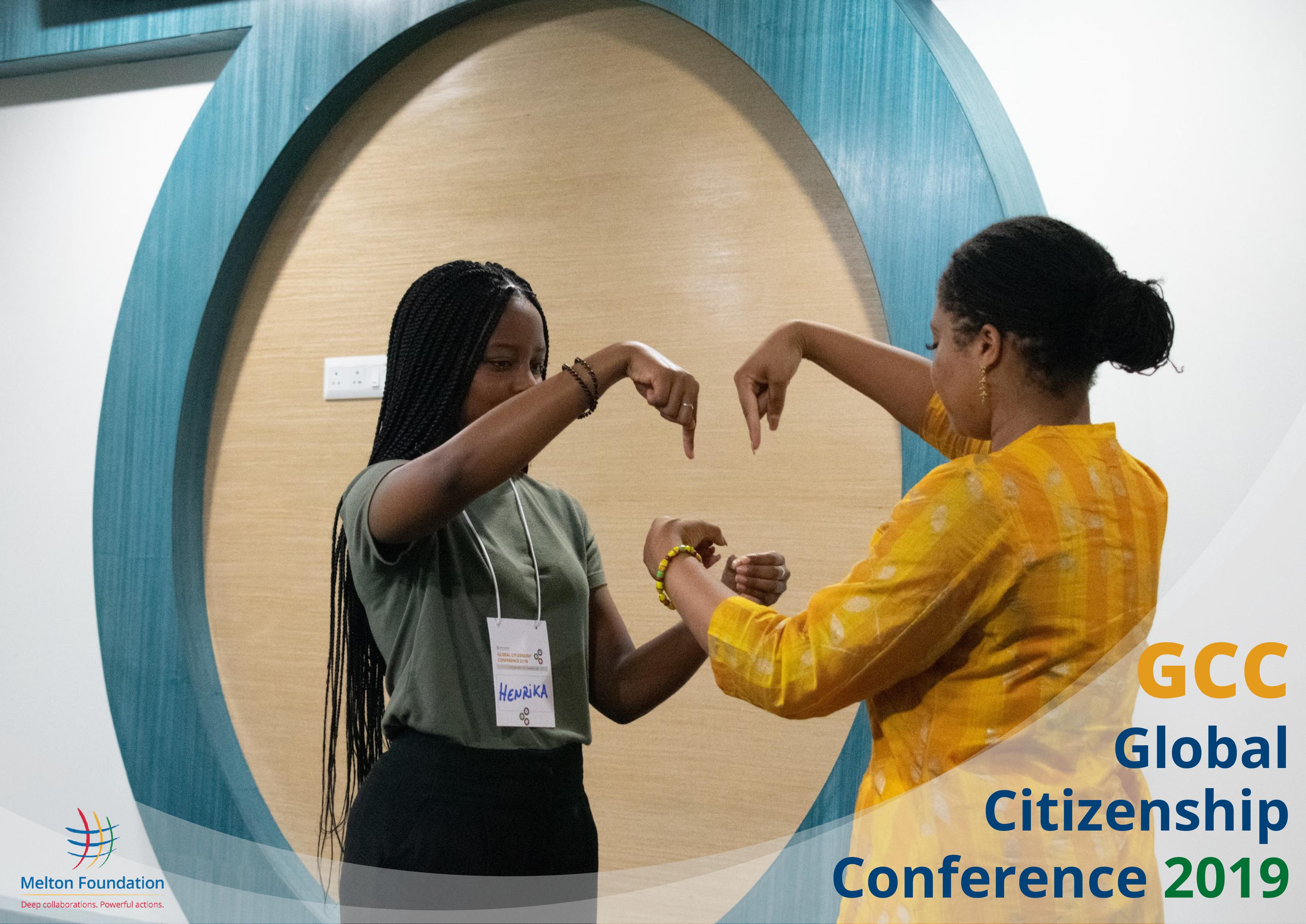 The session then progressed with a very interesting announcement of the Treasure Hunt teams, providing incentives to Fellows for team-building and exploration of the city of Bengaluru. We then had a lineup of two interesting team events including a team obstacle course organized by Alafia Stewart, which left us laughing, giggling and even more excited for the upcoming days.

The kickoff then ended with a sumptuous dinner, marking the end of a very successful opening day of the India GCC.

Time for some Wellness and Wellbeing!

It was a session that focussed on teaching the participants to identify truth in different walks of life and differentiate it from the lies we see around us, and the lies we often tell ourselves. The workshop, which was filled with interactive activities throughout, had many programs to stimulate the thought process of the participants and encourage them to observe and rectify their approaches of thinking.

“We lie to ourselves 6 times more than we lie to others”.

Self-deception occurs in many forms  – with denial, rationalization of facts to suit our perspective, internalized cultural norms conditioned into our thinking since birth, etc. being just a few. Most of the time, ‘we lack the psychological strength to admit our lies to ourselves’. When we do admit it, it requires tremendous courage to show the vulnerable side of ourselves to others around us. It takes self-confidence to believe in yourself, but self-efficacy to believe that you can actually ‘do’ something.

Dr. Richards then pointed out that we have the ability to shape ourselves and restructure our thinking. She asked everyone to pay attention to their inner voice, their self- talk and question whether it is constructive, or destructive. She presented a Truth Framework, which reached out to the audience to have more courage. We must celebrate wins more, get familiar with ourselves and our inner conflicts, ask for help when needed, and take effective action promptly.

Melton Fellow Henrika Amoafo from Ghana reflected on the session:

I found the session to be extremely informative. The session made me retrospect more, face the truths head-on and identify the lies I so easily tell myself. It taught me to be honest and sincere to myself and others, and question self-deceptive thoughts.

I found the workshop to be stimulating, and I could think about my perspectives on life and analyse them. I learnt how it has become normal to internalize lies and believe them to be the so-called truth. The workshop taught me to believe the right thing, not the things I have been conditioned to accept, or the ones which seem convenient to believe in.

Collaborations with the HPI School of Design Thinking

Melton Fellows around the globe work in remote project teams, facilitated by the HPI School of Design Thinking, to deliberate on pressing global issues and act on them locally. At our annual GCC, these remote project teams meet in person to reflect on their progress, and to discuss how to proceed in the following year. 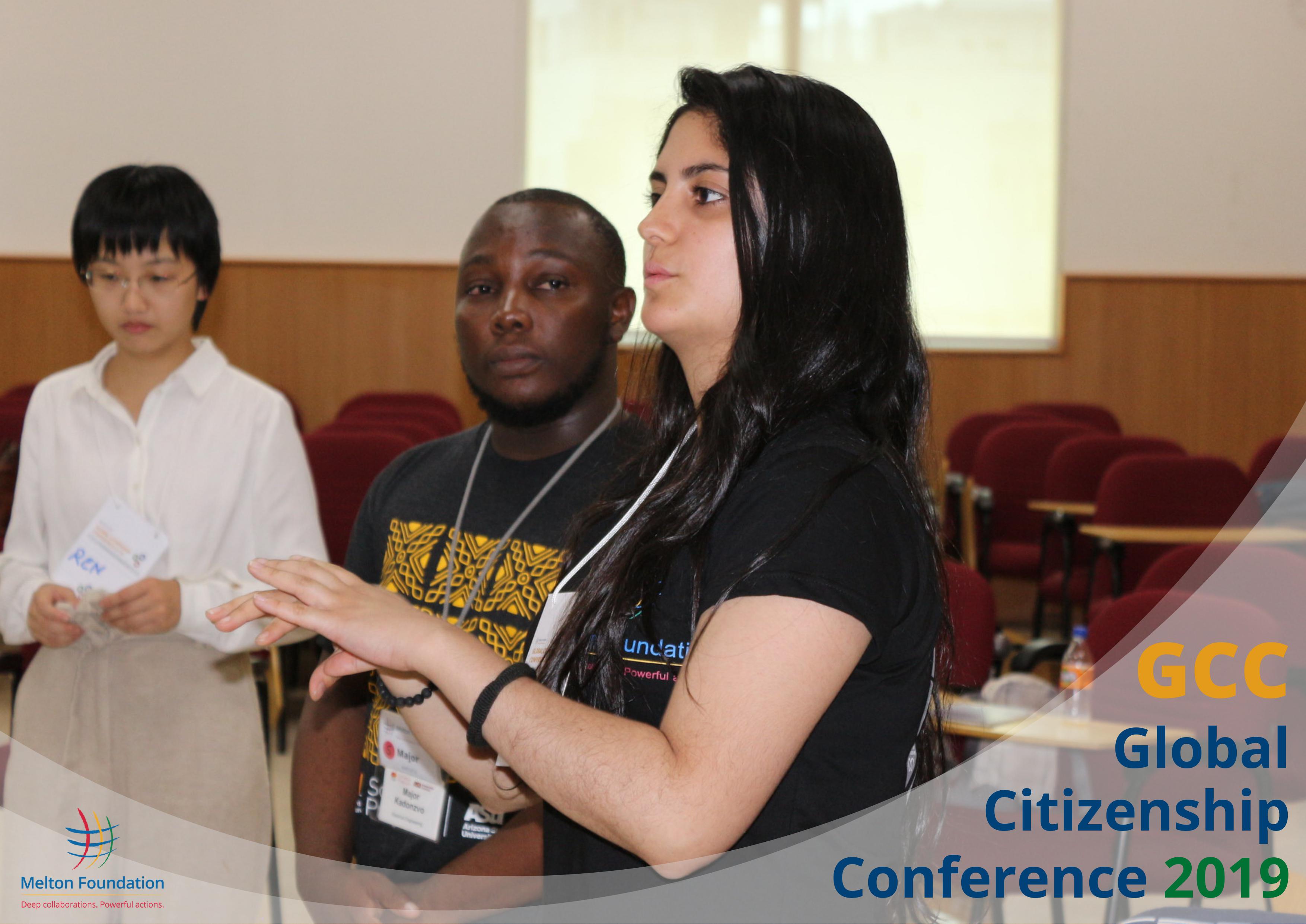 The Project Team Reflection was curated by HPI School of Design Thinking, a recurring partner at our GCC. Amongst the organizers was Mana Taheri, a researcher at the HPI-Stanford Design Thinking Research Program and a Ph.D. student at the University of Potsdam.

The Project Team Reflection began with a few motivating words from one of the organizers, reminding the young fellows that failure is only an opportunity for growth. They then explained the main objective behind the event was for them to analyze what “worked” and what didn’t.

Initially, the organizers held a fun exercise in which they labeled two halves of the room with a positive sign and a negative sign. The participants were then asked a few questions about their experiences at certain stages, like when they were picking a project and later the actual implementation of their ideas, etc, and depending on what they perceived they placed themselves in the two halves of the room. Few were made to explain their stance and this activity provided various unique insights into the thought process and experiences of the Melton Fellows. 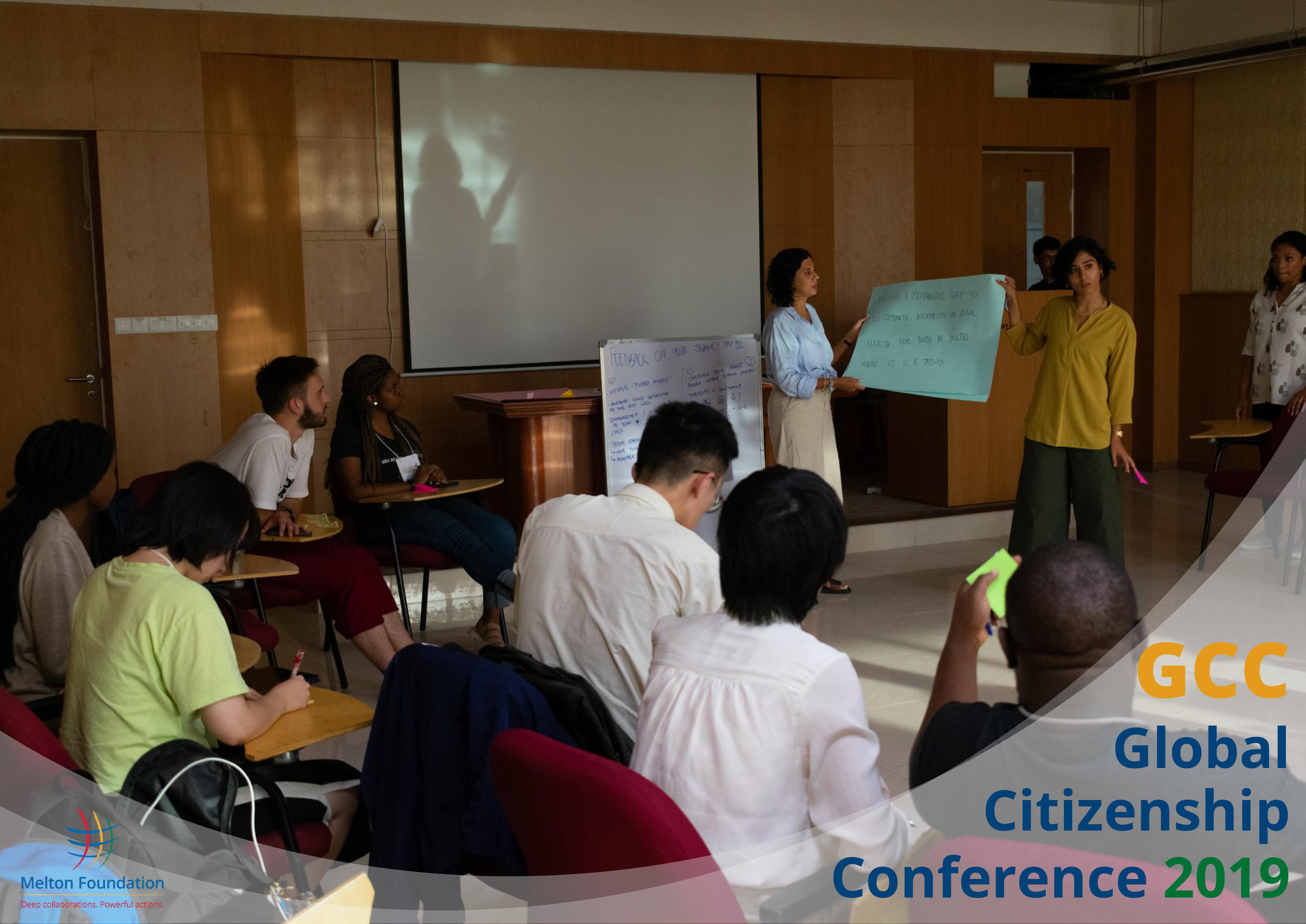 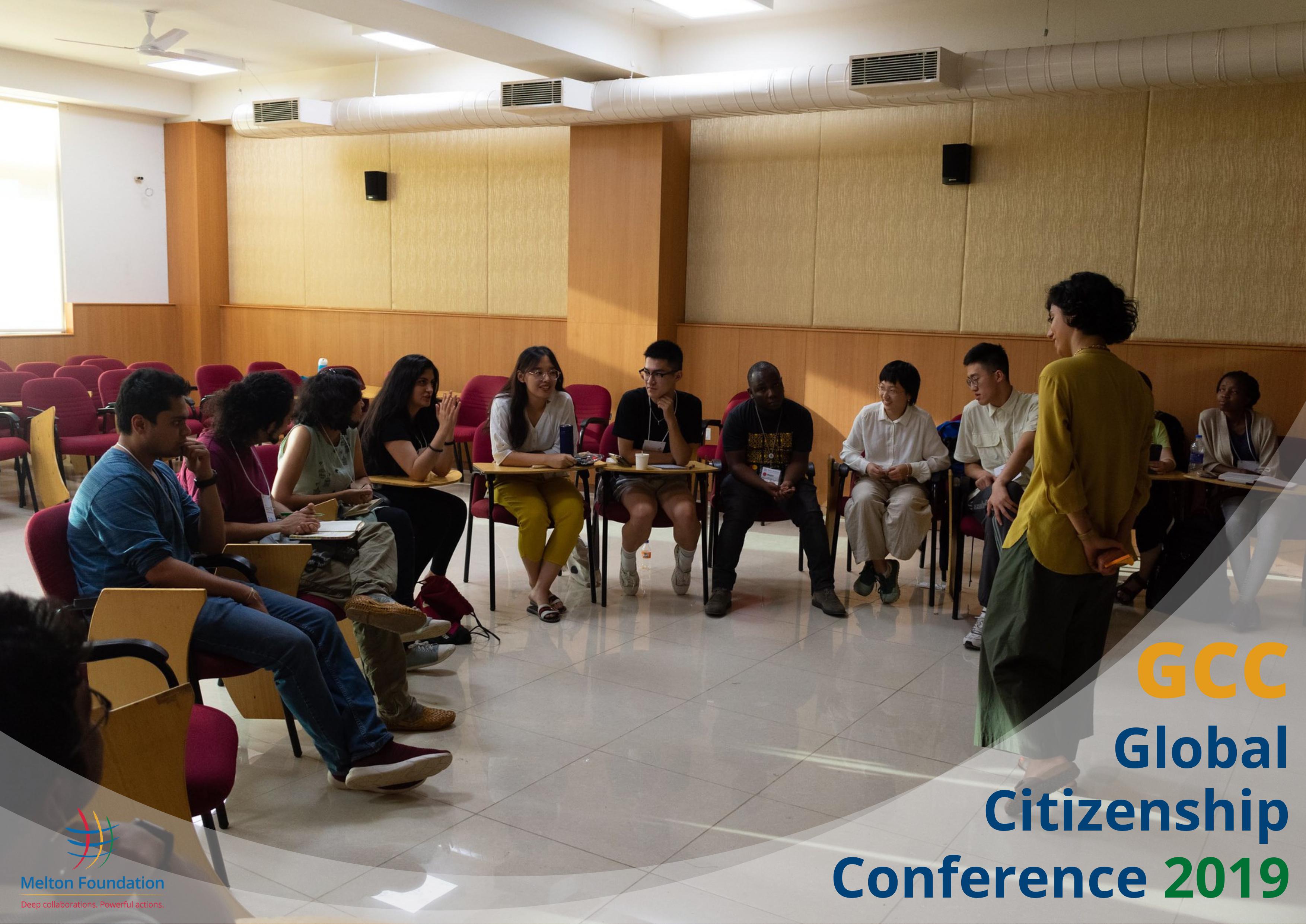 Later, Fellows were given a five-minute time-frame to come up with a brief report on what they were engaged in for the past six months and how far their project had come along.
The Fellows from various countries presented their work and gave others a glimpse into the challenges that lay along their way. The projects include many diverse topics ranging from equal education opportunities to helping people with rare medical conditions. These reports were all backed by interesting posters from the participants. Since this was a new venture for many of the participants, they learned quite a few things along the way.

Before wrapping the session up, a fun team activity was carried out, in which everyone present was divided into teams of four. They were presented with four issues troubling society today. Each team had to choose one topic and present their ideas on it. This activity was an entertaining and informative way to end the Project Team Reflection.

This was the second event held in collaboration with the HPI School of Design Thinking. Melton Fellows were grouped into their Project Teams based on the preferences they had given in the Project Team Reflection earlier. The teams played a game called ‘Two Truths and One Lie’ which essentially allowed them to understand each other better and deepen the bonds they shared amongst themselves. 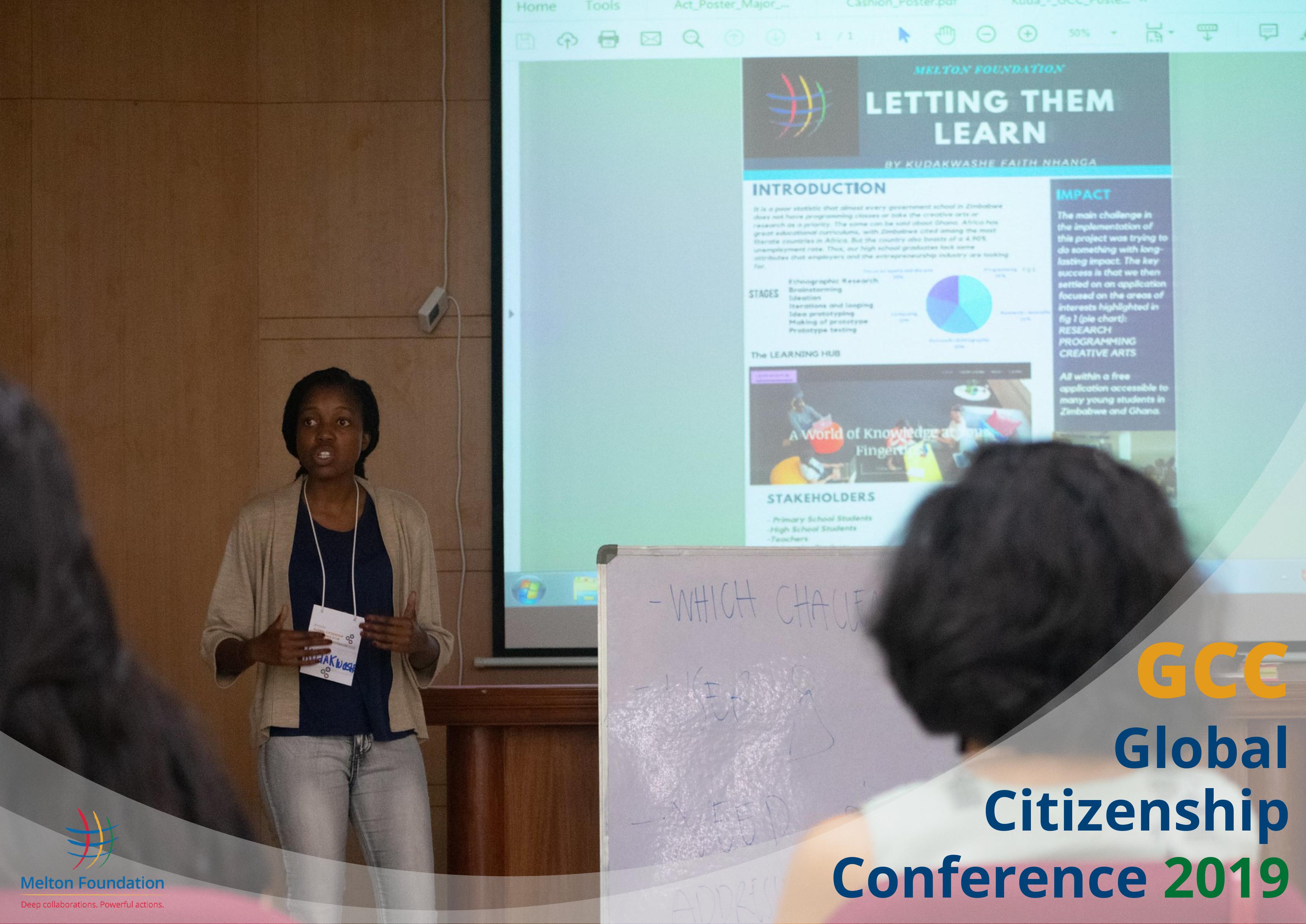 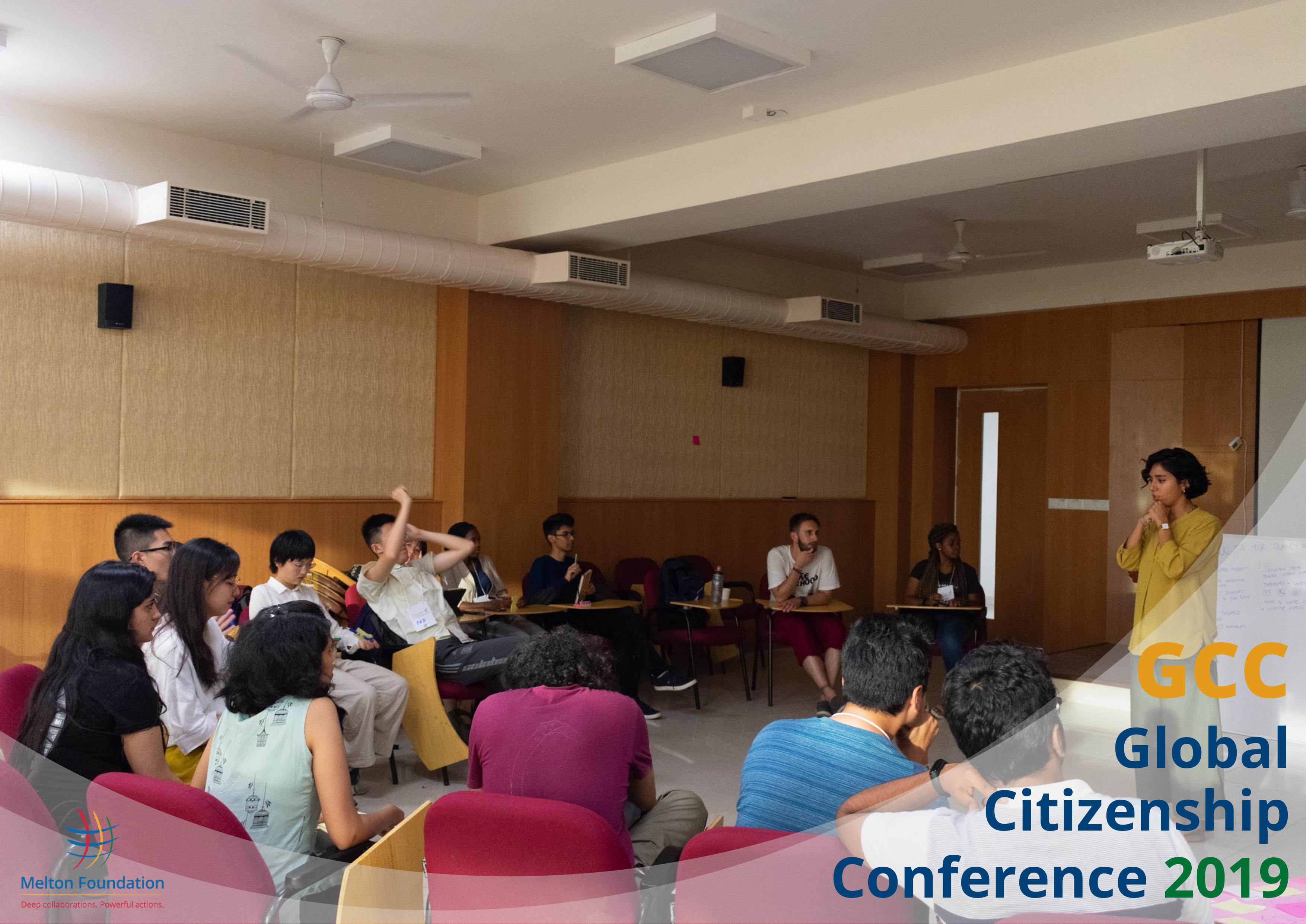 After this bonding session, the teams created a Team, Constitution and a Framework for the next six months which described the work they were hoping to do during that period of time. They presented their ideas to everyone in the room and pledged to stick to their strategic plans in order to achieve their targets.

Melton Fellows undergo a two-year period of intense training, called the ‘learning track’, during which they participate in workshops, run sessions, attend global conferences and get involved in local and international community projects with far-reaching impacts. After completing the course, they graduate on to become Senior Fellows and join the Senior Fellow Network of the Melton Foundation. This network serves as the alumni association of the Melton Foundation and is currently 500+ strong.

The Senior Fellow Orientation is a reflective session in which Fellows look back on their activities over the past two years and take stock of everything they have done as a member of the Foundation. This year’s graduating Fellows were special as they also served as Mentors over the last one year for the newer Fellows, as Leadership Interns.
One of the key highlights of the orientation was where everyone was made to read the applications they’d filled out to join the Melton Foundation as a new Fellow. This was a bittersweet moment for all, as they remembered the aspirations with which they had started their journey as Global Citizens, now reflecting on whether they were able to fulfill all of them. 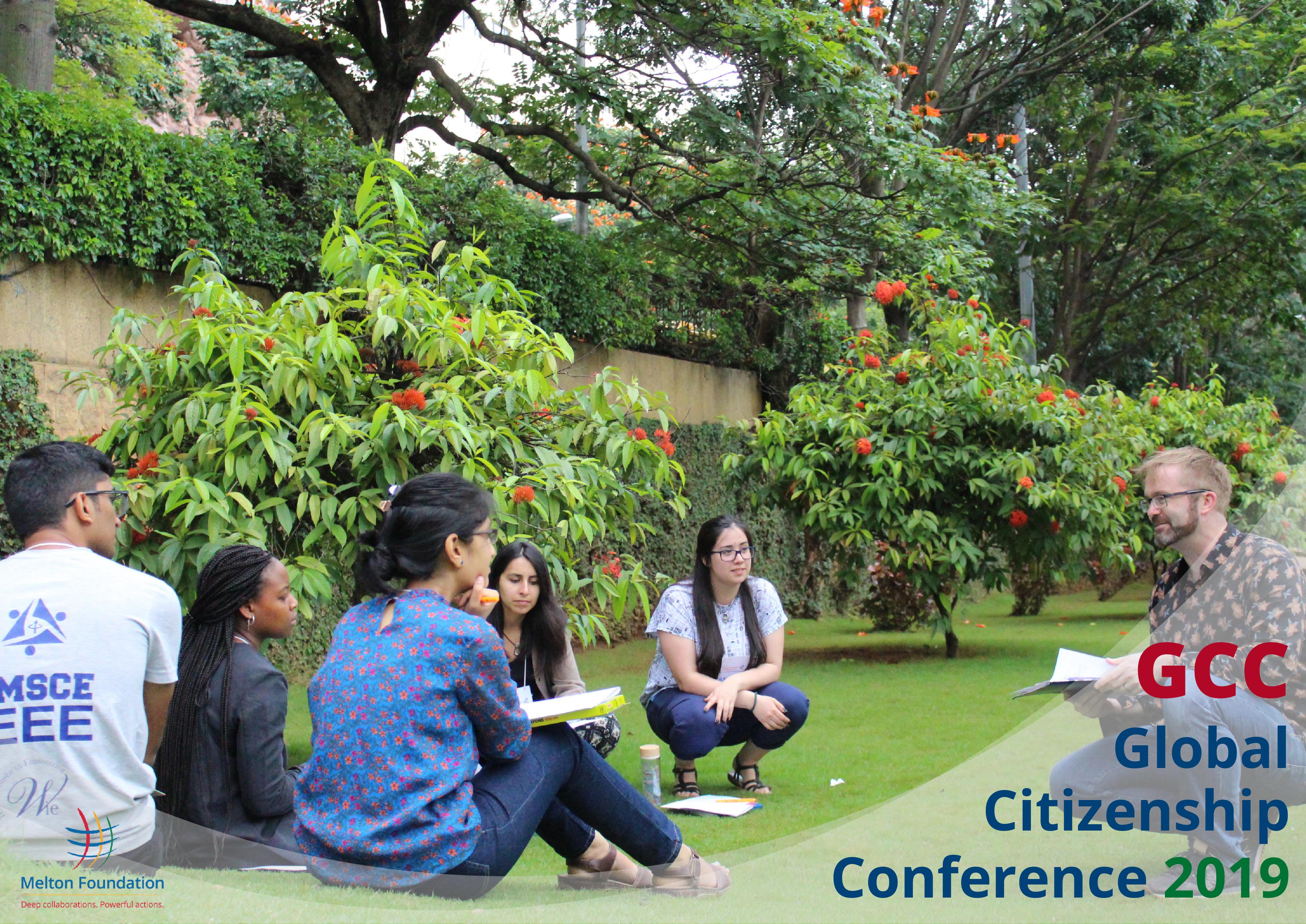 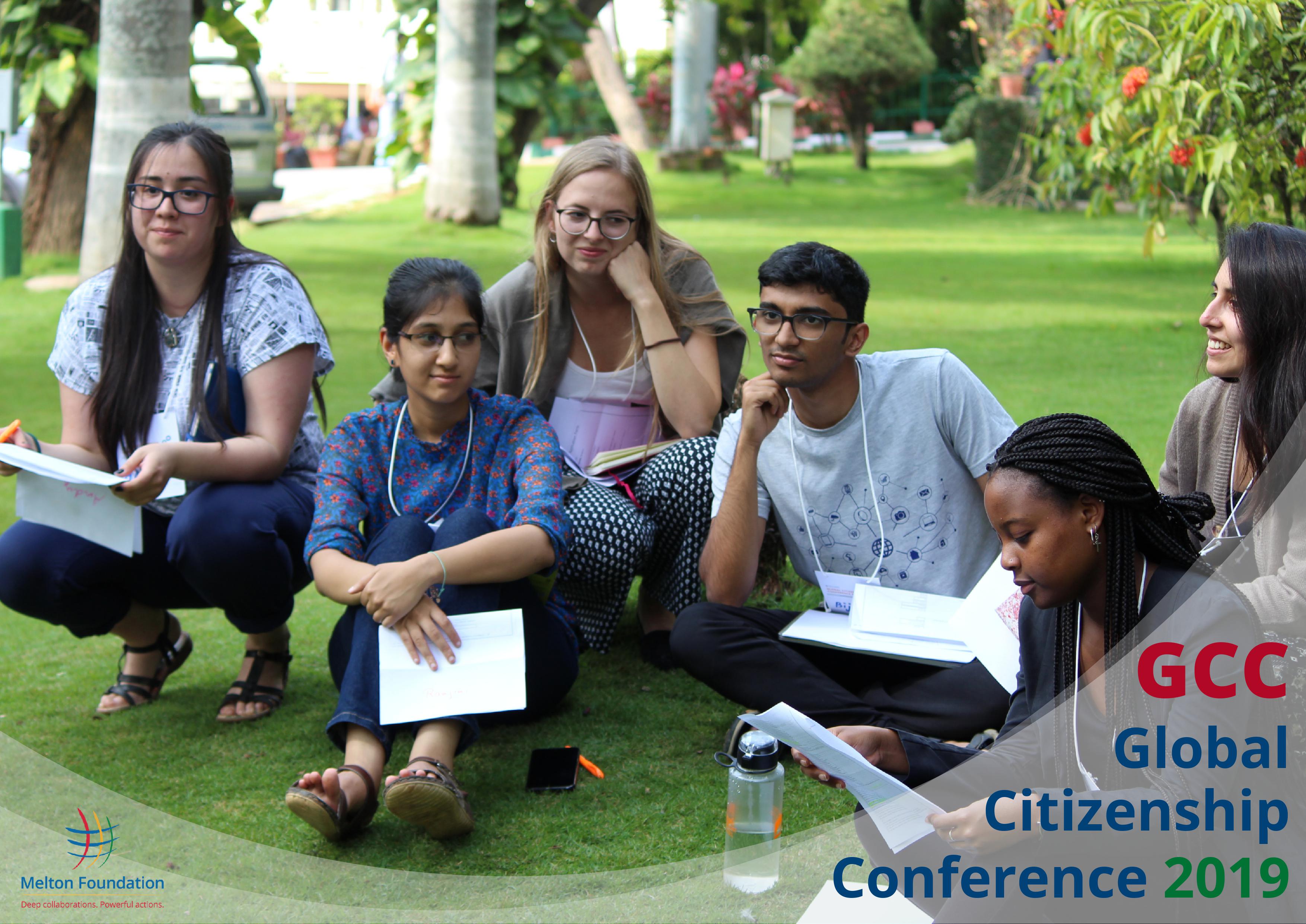 The Fellows also expressed their key takeaways from their time as Junior Fellows, what they hoped to achieve in the future, how they planned to support the network and their desire to give back to the Foundation.

For Andrea Fuentes, a Melton Fellow from Chile, the Senior Fellow Orientation was an emotional moment, as it brought back many fond memories of her journey till now. Along the way, she learned things she could not have learned anywhere else, forged connections for a lifetime and took part in many fun-filled activities. She felt that she found a voice for herself and also earned the confidence of expressing herself. As a Senior Fellow, she hopes to continue to be active and take up many more projects with social impact.