Home News & Stories We are all humans – so we have the same rights!
July 18, 2016 by Melton Foundation in Equity

We are all humans – so we have the same rights!

Welcoming people who have already lost their safety and freedom is the only right thing to do, says Melton Fellow Leo Schwarz. 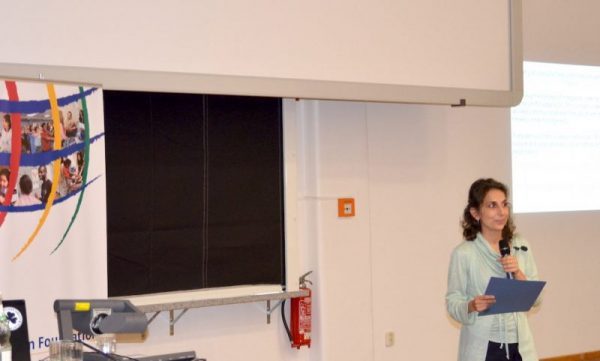 “Everyone has the right to life, liberty and security of person.”

Can you guess where this quote comes from?

It’s in  the Universal Declaration of Human Rights (Article 3), which was adopted by the United Nations in 1948. The declaration also states that no one can be excluded from that rule – no matter their social origins, religious beliefs or skin color.

No matter who we are, as humans we all have the same basic rights. This thought kept echoing in my mind as I was listening to the various talks at our conference “Us” vs. “the others”- Our future is only possible together! – a conference which included a number of people from different parts of the world who were learning and debating about concepts like intercultural understanding, migration and integration. A conference that provided me with great insights and colorful memories. However, as I left the auditorium and headed back to the streets of Jena,  I saw a different picture: a lot of people continue to moan about the “foreigners” coming to Germany. They say things like: “We have worked so hard all our lives and now these people are coming here and taking away our wealth!” Such people seem to have forgotten (or maybe they are even unaware of) the fact that Article 3 is not limited to them.

If we as Western individuals don’t act upon the human rights declaration as one of our nations’ core principles, this “crisis” won’t be solved, but worsened.

Such labeling not only legitimates discrimination and justifies the closure of borders and deportation of refugees – it also distracts us from the responsibility we have as Europeans: to help everyone who seeks protection and liberty.  Dr. Luisa Conti explained this clearly during her talk, “Why do people flee, and what does that have to do with us?” From her point of view, the refugee issue is not caused primarily by warring “barbarians” in the Middle East, but rather due to the aggressive economic and military expansions of Western states – the same states that form part of the UN and  have agreed on the human rights declaration. And these are also the same states that refugees are trying to reach these days: Sweden, Austria, Germany… you name it!

I can only agree with Dr. Conti that there is no alternative to welcoming people who have already lost their safety and freedom. We cannot hide from this issue, but have to find ways of living together peacefully. If we as Western individuals don’t act upon the human rights declaration as one of our nations’ core principles, this “crisis” won’t be solved, but worsened. Maybe you can babysit a child from a migrant family, teach some German at a refugee shelter, or just have a short conversation when you meet one of “them”. Every act of kindness makes a difference! Let’s use this opportunity to build up a society that flourishes through multi-ethnicity, integrity and tolerance.