Unity in Diversity: An Open Mic

Experience Global Citizenship and Intercultural dimensions through Art! Welcome to a Melton Foundation Bengaluru Hub event curated for artists to converge for a virtual evening of creativity, and self-expression unfurling hitherto unknown layers of Global Citizenship! 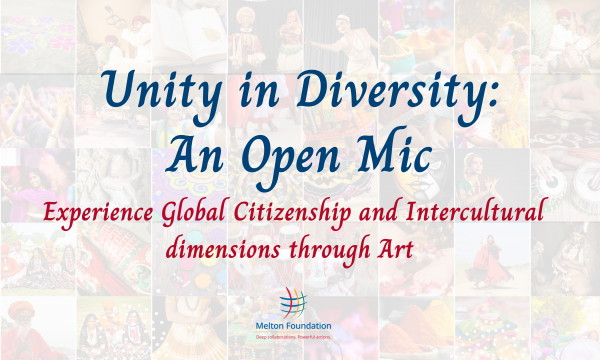 For as long as we can remember, art has been a form of communication. It keeps cultures alive, showcasing diversity in all its beauty and often acting as a bridge from one culture to another. It is a therapeutic medium of self-expression, a celebration of an idea,  solidarity in support of a movement amongst many other uses. The flagship Melton Foundation Open Mic, organized as part of the Melton Foundation’s Virtual Global Citizenship Week 2021, offered a platform for talented artists to showcase their art in any of its various forms as we celebrated Global Citizenship, and more importantly, the value of cultural diversity.

Relive the event below!

This Global Citizenship Week, we reveled in the joy of expression and individuality! We welcomed artists with a background in social impact, with strong relevance to the United Nations Sustainable Development Goals. Our performers shared stories of grassroots sustainable development, diversity, and culture through art!

Witness diversity come alive in many forms – storytelling, poetry, music, dance, and paintings at ‘Unity in Diversity: An Open Mic’! 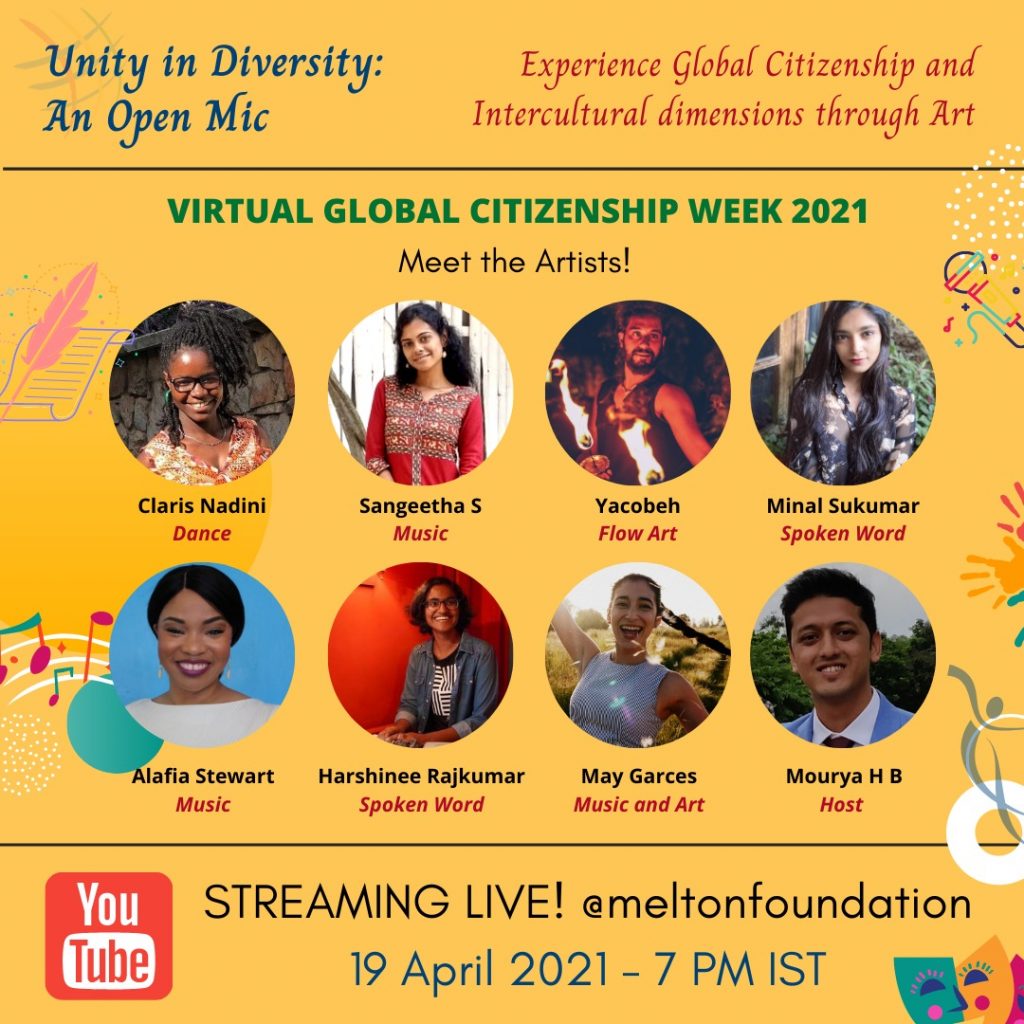 Looking Back at the Open Mic – Top Highlights!

The evening of 19th April, 2021 proved to be a joyful one, emanating rays of hope and filling everyone’s hearts with joy as we celebrated Global Citizenship and diversity through the medium of various art forms! Eight artists from different countries came together to perform at the Open Mic, leaving behind an audience awed by their talent and swayed by their performances!

Here are the major highlights of ‘Unity in Diversity’ :

Unity in Diversity, as the name suggests, invited artists from across boundaries for indulging in the shared joy of diversity and the result was the coalescence of various art forms, cultures, languages and emotions into a single thread of universal oneness!

Our open mic night proved to be a stage for local artists to showcase their talent, and share intercultural perspectives with a diverse audience! Catch the complete recording of the night here!