Home News & Stories Lessons from our last Deep Dive: The good, the bad and the ugly
June 23, 2015 by Melton Foundation in Fellow Updates

Lessons from our last Deep Dive: The good, the bad and the ugly 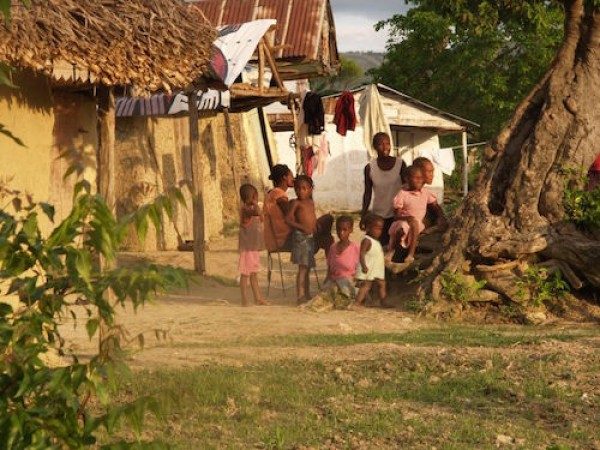 One year after the 2013 Deep Dive, our team (Silvia, Olaf, Mia and Eik) revisited Haiti for a three-week trip to visit Grand Boukan. Unfortunately, the School of Grand Boukan – the shelter previously built– had deteriorated quite a bit from sun, wind and rain.

We didn’t see children in the school or studying, and our impression was that the Thomas-Bassin School consists of an idea, a director (the clan chief), a promotional video and a shelter, and little more.

The medical checkpoint is now being used again as a normal cabin, with the latrine no longer covered and a part of the landscape. Last year’s agricultural project, a shelter to grow tomatoes, was nowhere to be found; however, they showed us a different spot with a handful of freshly seeded grains under some palm fronds.

The tools from last year’s motorcycle workshop were all still there, as well as the worktable that had been financed with donations. But instead of the tools, we found a soundsystem on the table, which the villagers were using to throw parties.

It is difficult to say if the condoms we brought last year have improved the situation of the women in the village – but we can say that they received the new packages with great joy.

In spite of everything, we could also see the fruits of our work. Through our explorations in the village, we discovered a couple of newly built huts and building materials. Last year, we had left a couple of kids’ things and toys in the village. They were proudly presented to us – all impeccably maintained. And there was a great moment. We had photos – we brought, for instance, the photo exhibit from last year – and we looked at them together with the people from the village. And that was just wonderful. 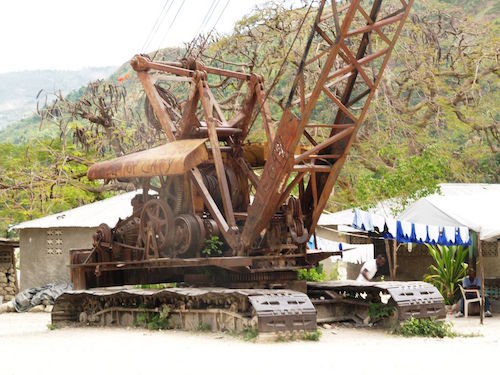 For decades, the country has been overrun by aid organizations. We crossed a bridge built by the Japanese, next to it a broken Komatsu bulldozer. A bit later, we found another broken Volvo bulldozer in the roadside ditch, on a road funded by another country.

All over the country, we saw heavy construction equipment no longer in use. No one can fix the equipment, and nobody procures spare parts – at least until the next construction crew arrives, bringing new equipment once again.

The “help” of states and large donors, even if well-intentioned, is usually little more than a reflection of national or internal interests. Everyone decides to do something about it and then creates a beautiful campaign, but these big projects don’t usually translate into a better life for Haitians in the long run. In fact, they sometimes bring more poverty, because many fail to actually ask about the needs of the poor. 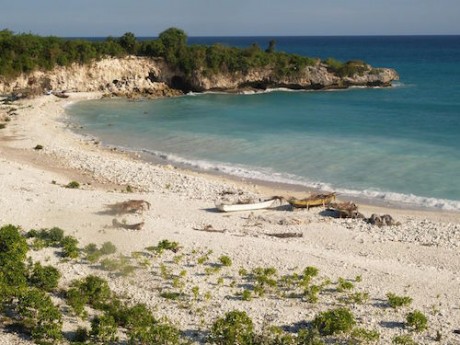 The theme of the Deep Dive in Haiti was “the possibilities and limits of international aid”. Our personal finding was that spending just one week in Haiti did not make that much of a difference to improve people’s lives. Tourism seems like a worthwhile alternative to us. Tourists distribute their wealth, strengthening local markets and generating jobs. Unlike these faceless “donors”, they interact with locals, learn about their culture and lifestyle, and make good memories that they can share with others back home.