Home News & Stories An enemy is a person whose story you haven’t heard
October 13, 2017 by Melton Foundation in Diversity, Equity, Featured, Fellow Updates

An enemy is a person whose story you haven’t heard

With an alternative approach that focuses on personal, conflict-related stories, 'Project Narratives' remind us of the humanity of the people affected, thus shifting the public focus from political questions of blame and differences to the shared human experience. This is how Melton Fellows help create a powerful common ground for lasting peace. 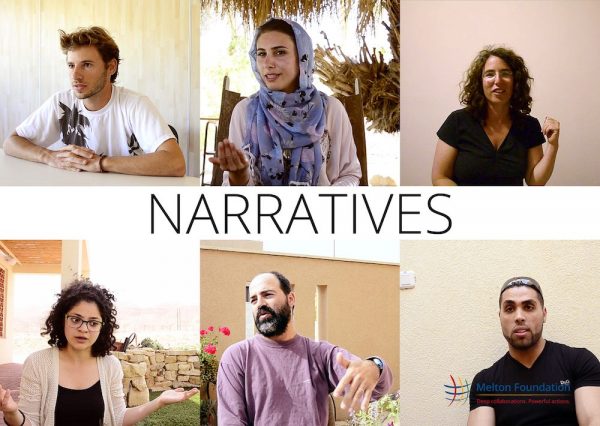 Project Narratives is based on the simple belief that most people would not normally desire to harm or kill another human being. This circumstance can result only from a severe de-humanization of one’s “enemies”. It is in fact this de-humanizing effect that in many cases responsible for all manners of human conflict: from personal strife to massive international wars.

Social psychology tells us that one of the most powerful and effective ways of bridging the divide that a lack of empathy and understanding has created between conflicted groups is to bring them in direct contact. This forces people to reconsider concepts such as what they consider an „enemy“ and causes them to refocus on the effects of the conflict on other human beings.

While this basic principle is sound, it is also important to recognize that direct contact can often be a dangerous and limited method of facilitating re-humanizing. Thus, Project Narratives utilizes the medium of video interviews to show the effects of conflicts on individual people.

With this alternative approach that focuses on personal, conflict-related stories, we are able to remind a wider audience of the humanity of the people affected, thus shifting the public focus from political questions of blame and differences to the shared human experience. This creates a powerful common ground on which to base new initiatives of conflict resolution. 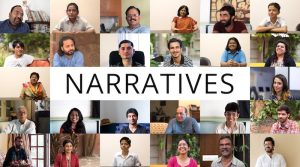 After filming their first documentary in Israel and Palestine in 2014, the team has showcased their work in Germany, India, the US and the Middle East. Right now, they are working on a film to capture the stories from the India-Pakistan conflict. Team members of Project Narratives filmed in locations in India, Pakistan, Germany and Sweden from April to June 2017. They released a special edition Independence Day video, commemorating 70 years of freedom for both the countries. This is available on YouTube and on Facebook, and has reached around 19,000 people in India, Pakistan, the US and other parts of the world. The full version of their new documentary is set to release in early 2018. Stay tuned!