Creating Peace : Another World of Care

The following article has been penned by our co-founder, Patricia Smith who is actively involved in the global fora in the areas of conflict resolution. This article talks about the profound sense of our collective conscience which forces us to act towards alleviating the plight of our fellow human beings trapped in the crisis, crafted eloquently as ‘another world of care’. 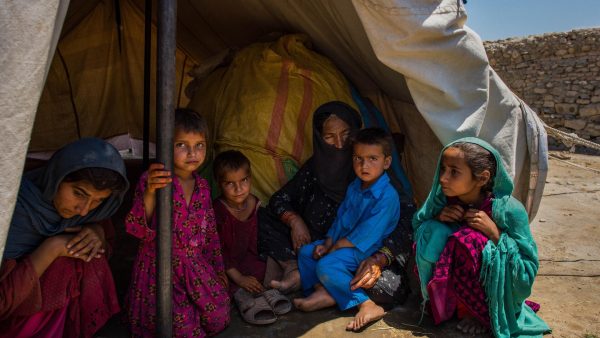 Following the escalating crisis that is being precipitated upon Afghanistan, human rights at large, and especially the rights of women and several other vulnerable groups are critically threatened. As provincial capitals fall, they take with them the aspirations and hopes of all, including those of several children and youth. On the 15th of August, 2021, Kabul capitulated to the Taliban, all but ensuring the return of their rule and sealing the fate of the Afghan masses. With seismic developments and humanitarian tragedies unfolding right before our eyes, narrations of real-life experiences emanating from troubled corners cast a cold shroud on the future of humanity.

Below is an excerpt from our co-founder Patricia Smith:

“With every global tragedy, we measure ourselves, consciously or unconsciously, against that outrage, whether it is created directly and immediately by humans or by nature. Of course, as we know the damage to our planet, to the miracle of life, plants, animals, song, oceans, seasons, renewal is also caused by humans. It is we who spoil the waters, deplete the lands needed by animals and humans, and tilt the earth towards fires, floods, extinctions, famine. 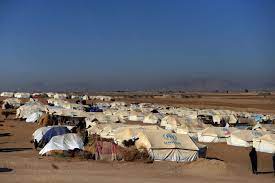 Image from the BBC.

What can we do, each of us, to restore the patterns necessary for life? Alone, we can do small and large things. Together we can do huge things.

But what I want to write of at this moment is the evacuation of foreign personnel and Afghanistan citizens from the Kabul airport and our relationship, each of us, to human-made violence against each other, and its consequences.

I do not know right now if the fact that I cannot reach my friend in Kabul is because she is on a plane, or because she is not. The odds seem a toss-up. As a woman’s rights organizer, she would be a prize for the Taliban. She spent a couple of days at the airport being denied access to a plane even though she had a ticket before the greatest chaos began. Then she was hiding in Kabul locked inside her apartment from the outside as though no one was there. (The Taliban had come out of the apartment earlier but she was warned and escaped in a burka out the back.) 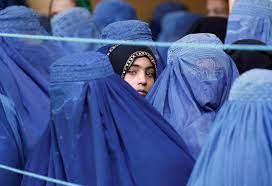 As I heard her whisper and cry over WhatsApp in the dark apartment, words tumbling out of her mouth, I had to keep telling myself “This is real, this is not television. Catch every word.”

When you know someone personally, everything changes. Many people know of this woman (I cannot write more of this), but she is my friend. Her courage extends to before the fall of the Taliban when she taught girls in underground schools.

She is not my only courageous friend who has been in danger and had to flee. Each time the fear for them is visceral. No matter how deeply you grieve a large loss of people when you know someone personally that grieving compounds into another world of care.

“As I heard her whisper and cry over WhatsApp in the dark apartment, words tumbling out of her mouth, I had to keep telling myself  “This is real, this is not television. Catch every word.” “

That “another world of care” is, I believe, the only way humans can come to save each other, protect each other, open their arms, and share. It takes that amount of care to do what is necessary to reject violence as an answer, to strengthen others through connections, health care, financial equality, and educational resources that provide people opportunities and truth.

Is my friend on a plane? Has she landed somewhere else? Is she still relatively safe in Kabul? My last WhatsApp word from her was that she was hidden in a new place in Kabul, but would be taken to the airport to fly out in a few hours. That was a day ago. I cannot reach her, I have no answers to my questions. 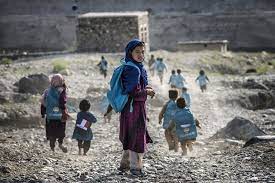 What I know is that my “another world of care” set off a chain of connections with others who care for her that got through to the US embassy and other embassies in Kabul. They would do what they could do despite their “skeleton staff” and thousands of requests for help a day. Did that help? I do not know.

” That “another world of care” is, I believe, the only way humans can come to save each other, protect each other, open their arms, and share. “

How do you measure yourself against catastrophe? Do you see yourself as so little you can do nothing, or do you find the strength to protect those you love? Do you rise up, finding a power you did not know you had? Are you willing to do the work even though the results are not guaranteed?

This power inside is always there, but it is most prepared to do the work if you build your inner resources and outer networks now. You have a mission that is yours, that is custom-made by you for you. It feels right to you, it brings you nourishment, it fits your skills. It may be large, it may be small. You find it alone or with others.

” How do you measure yourself against catastrophe? Do you see yourself as so little you can do nothing, or do you find the strength to protect those you love? “

My friend found strength through my being there with her as much as I could be, with knowing many of us were working as we could for her. If, from the beginning, “another world of care” had been the U.S. priority my friend would not now need to flee. 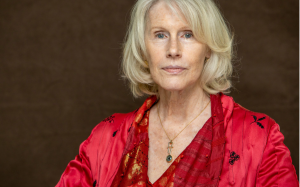 Three forces have driven Patricia Smith’s careers and life—the search for the underpinnings of existence, the imperative to create beauty, and the obligation to work for a better world. Each of these aspects must be connected—in communication with the others—for a harmonic world.

At 21, Patricia became the photographer for the Office of Economic Opportunity and created a photo archive of poverty and equity-building programs across the US. She taught photography at the Smithsonian Institution.

Patricia was an award-winning playwright and vintage quilt dealer with her collection of pre-1850 quilts exhibited by the Smithsonian American Arts Museum. In 2002 she founded the first social network non-government organization for women. Peace X Peace (“peace by peace”) connected women in the US for secure private conversations with women in more than 120 nations. She was editor, photographer, and interviewer for the book “Sixty Years, Sixty Voices: Israeli and Palestinian Women” and executive director of the documentary “Peace by Peace: Women on the frontlines” filmed in Afghanistan, Bosnia, Burundi, Argentina, and the US. The film debuted at the UN and was aired on PBS and throughout the world. Her social work continues now, trying to help threatened people out of Afghanistan.

Her first photography book “Complements eloquence of small objects” launched in July 2021 and was #1 of Hot New Releases of photographic books on Amazon. Learn more at www.complementsthebook.com.

“The power inside is always there, but it is most prepared to do the work if you build your inner resources and outer networks now. “