A rendezvous with Indian Culture!

During the Global Citizenship Conference, our Global Citizens had three exciting opportunities to learn about and experience some glorious aspects of Indian culture as part of our 'Intercultural Capsulas'! We participated in a deeply stimulating Yoga and Meditation session, played with colors while practicing the age-old art of Rangoli, and had lots of fun competing in a friendly game of Kho-Kho! 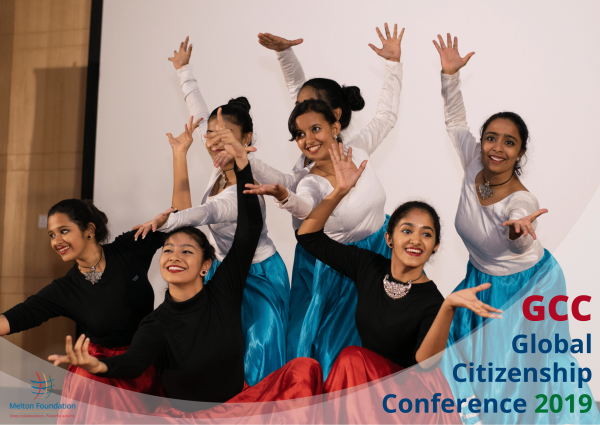 The second day of the India GCC 2019 kicked off with the very first Cultural Capsula – a rejuvenating session of Yoga! This Capsula was conducted in partnership with Akshar Yoga, an organization working towards reconnecting all of humanity through the divine art form of Yoga. Yoga is an ancient and holistic discipline, tracing its origins to the land of India. At its core, it is a group of physical, mental and spiritual practices. Yoga is often considered to be a form of exercise, comprising of a series of postures referred to as ‘asanas’.
This was a unique experience for all participants at the GCC, as many were practicing Yoga for the very first time. They were guided through the session by an instructor from Akshar Yoga and were briefed about the multitude of benefits that the regular practice of Yoga brings with itself.

Yoga, with its holistic approach, impressed me! It is unlike any other form of physical activity. It allowed me to gain control over my thoughts and had a calming effect on my mind and body. 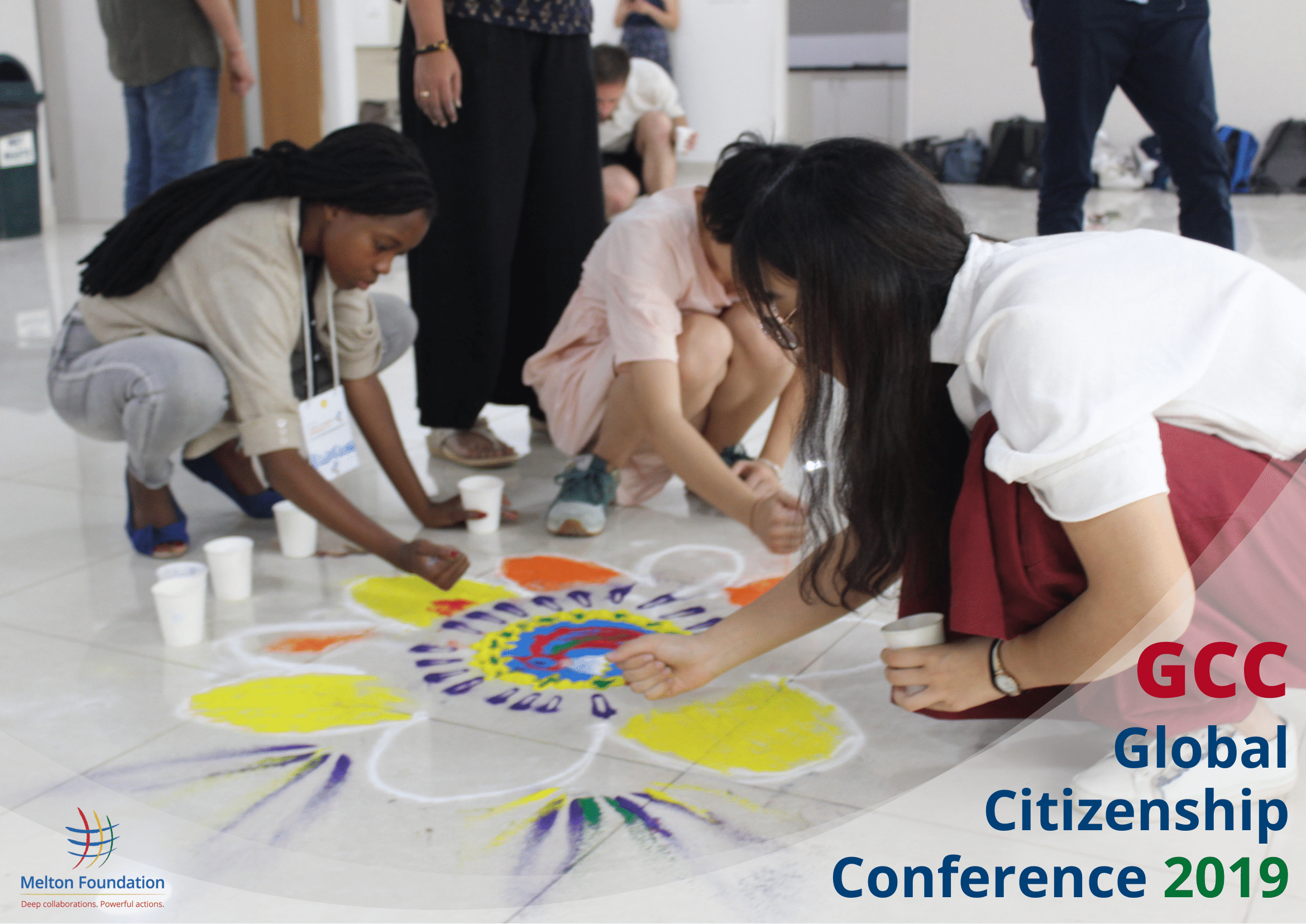 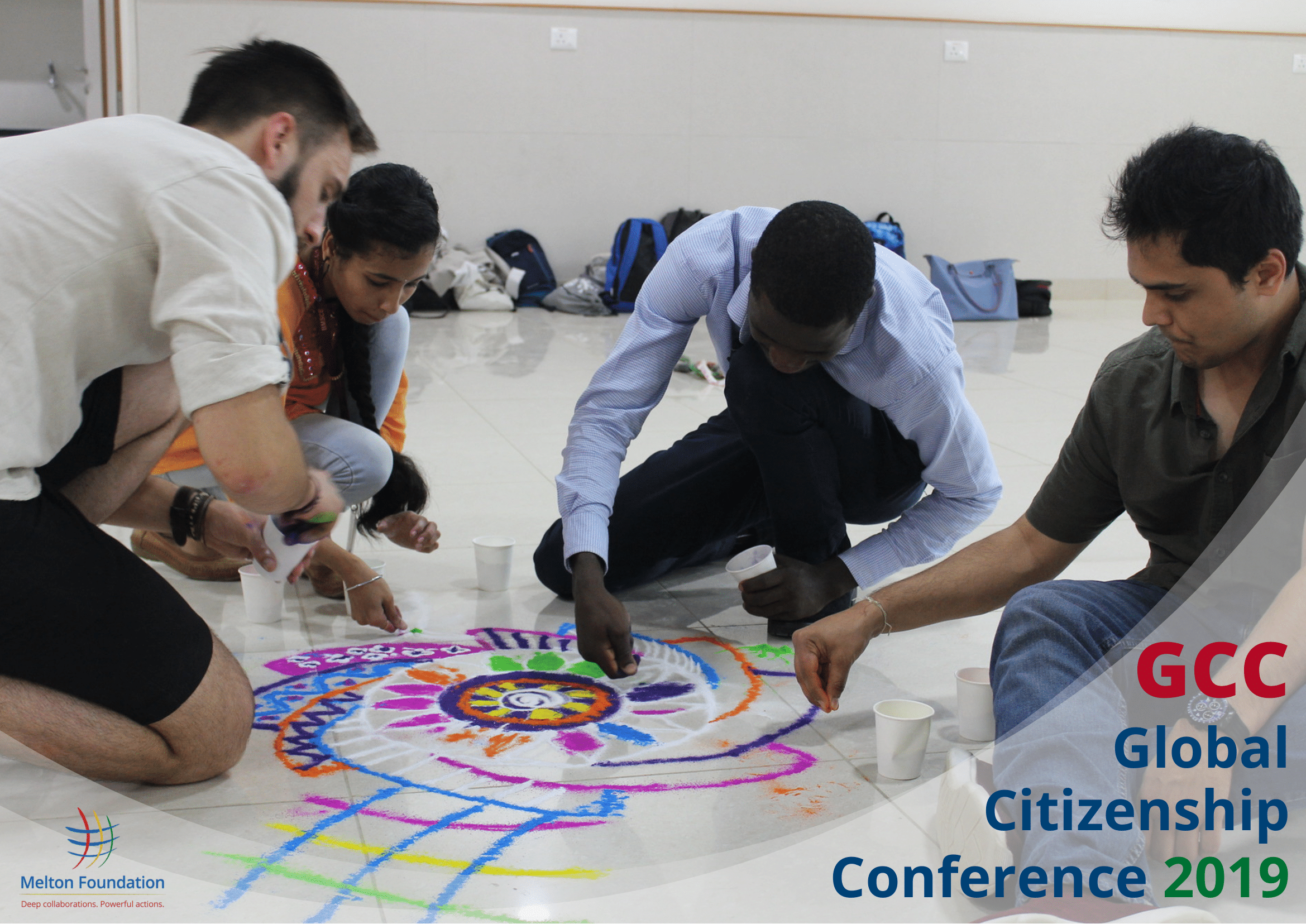 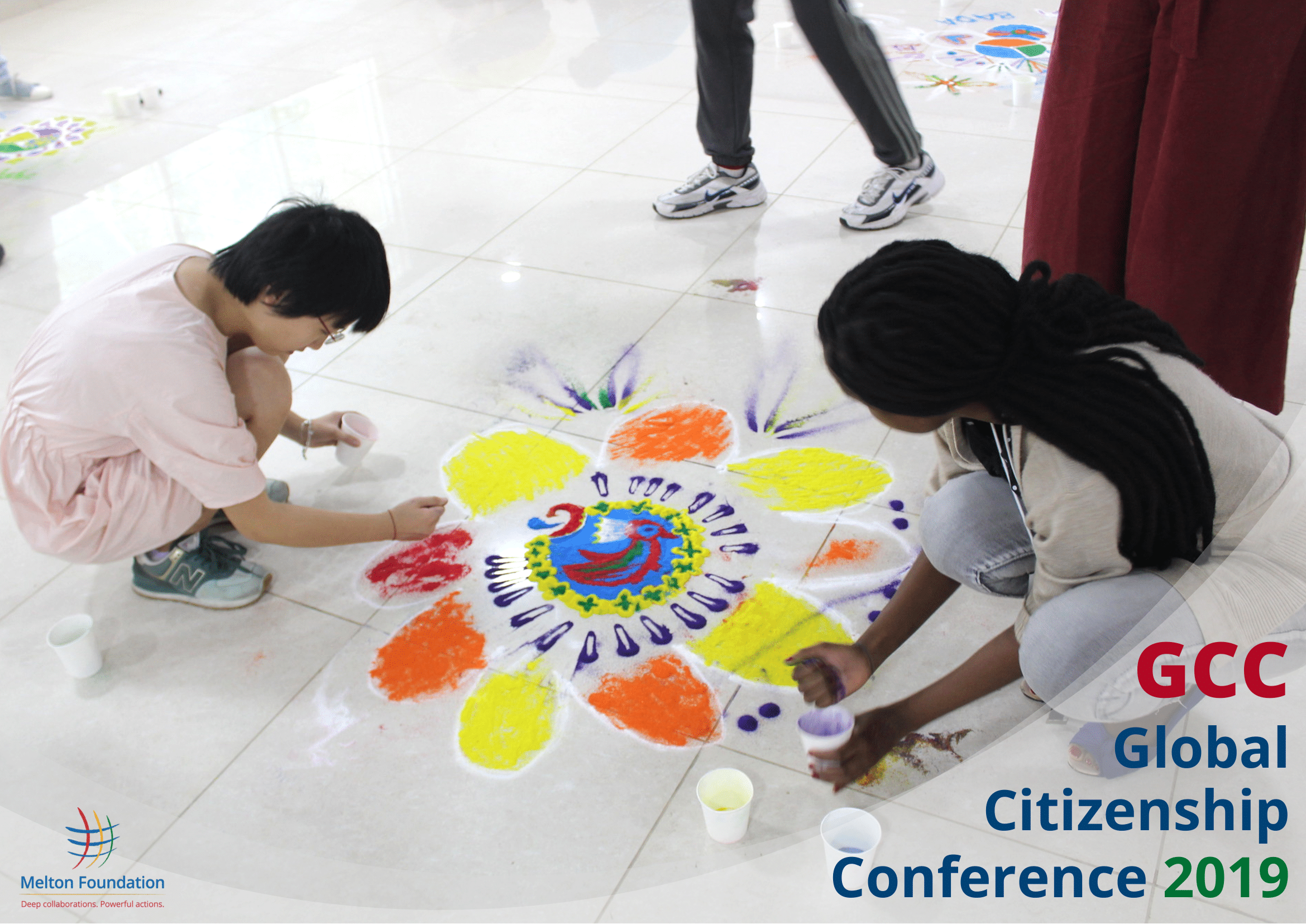 The second Cultural Capsula was Rangoli, a vibrant art form indigenous to India. ‘Rangoli’ is a term for an intricate and colorful pattern created on the ground or floor using materials such as colored rice, flower petals or dry flour. It is thought to be an auspicious decoration and is extensively used during celebrations or special occasions to bring good luck.
In this Capsula, GCC participants were divided into groups, where each group had to create a Rangoli pattern. They were aided by two expert Rangoli artists from Bangalore, and the end designs proved to be extremely creative as well as symbolic in nature. 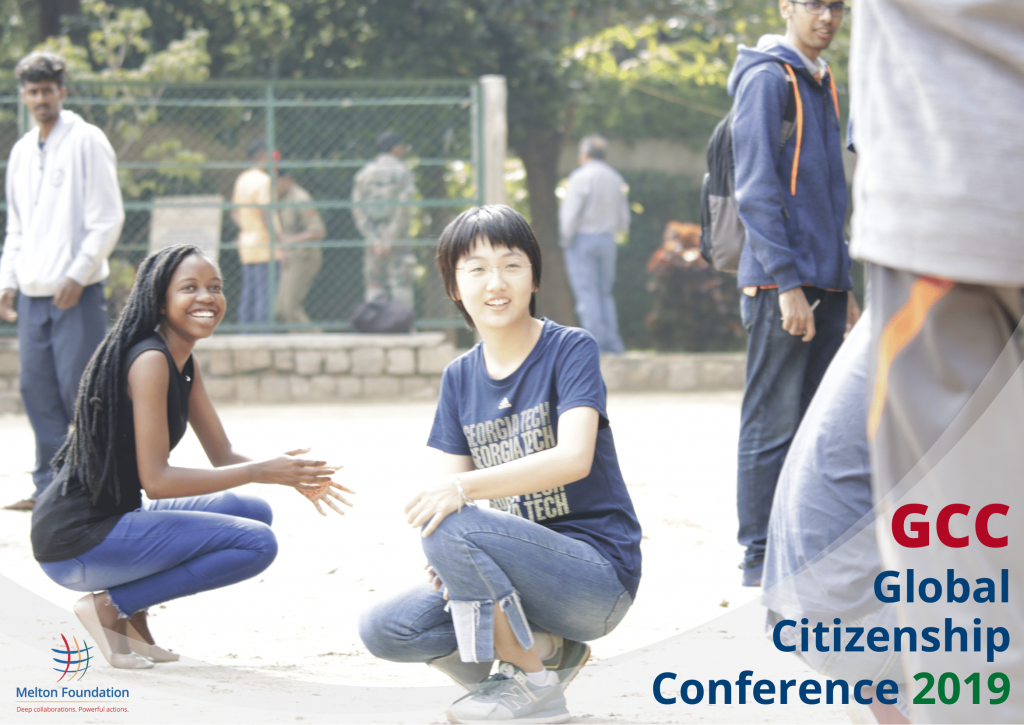 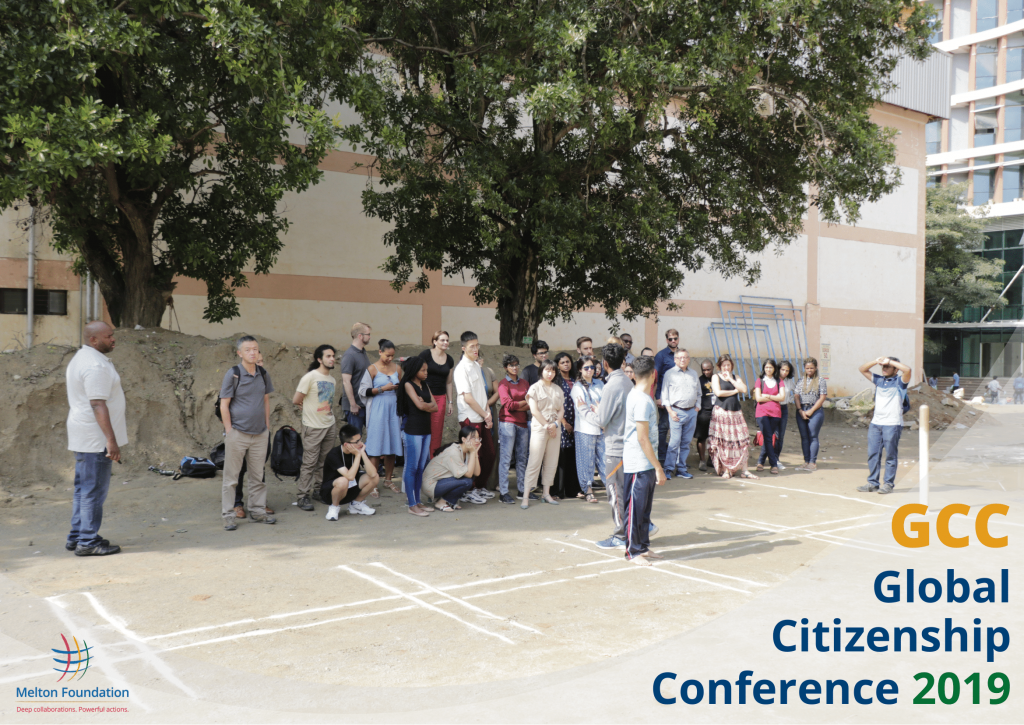 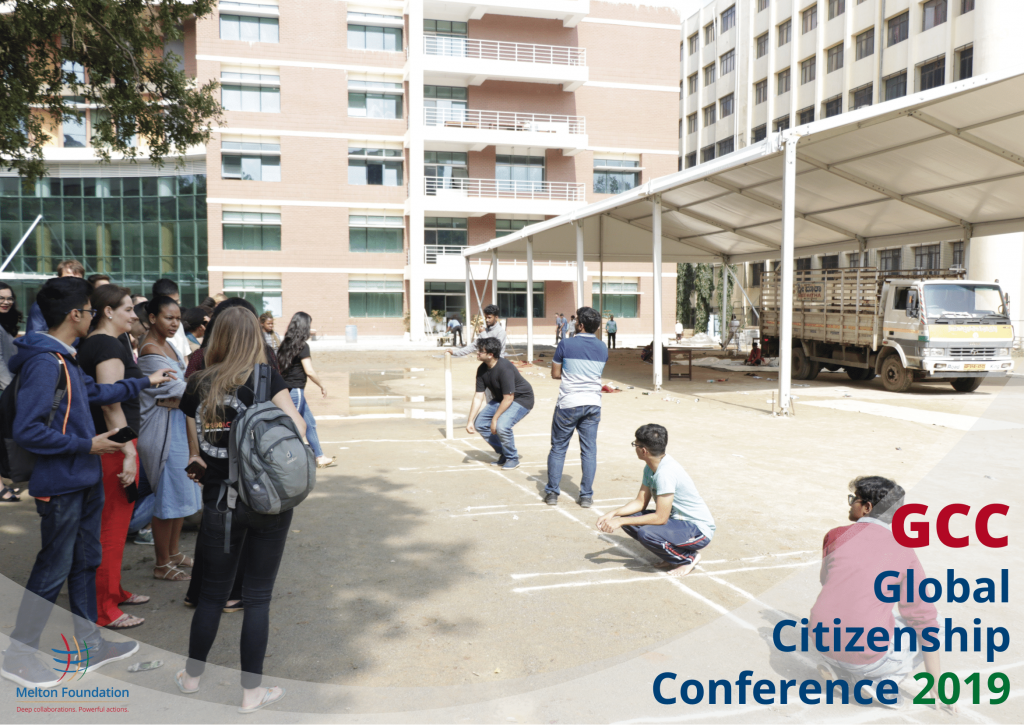 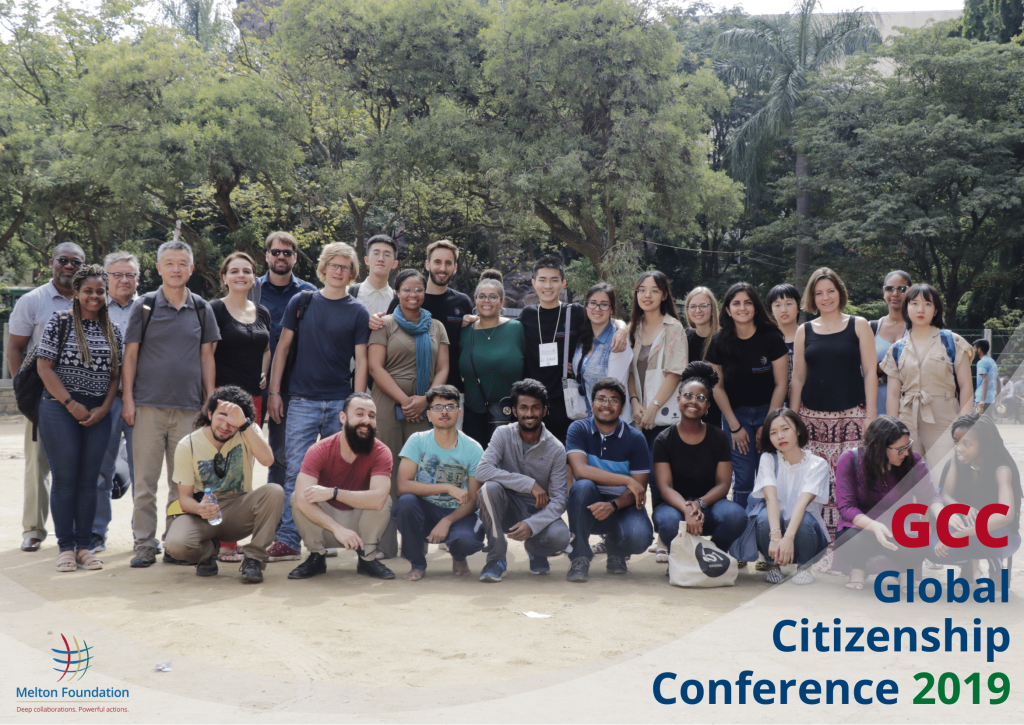 The third and final Cultural Capsula held was Kho-Kho. Kho-kho is a tag game and has been prevalent in India for centuries.
To play this game, teams of 12 are required, of which nine sit in the field on their knees (called the ‘chasing team’) and three others (called the ‘defending team’) need to try to avoid getting touched by members of the opposing team.
Professional Kho-Kho players from Bangalore helped GCC participants with the rules of the game and what ensued was a fun-filled activity, replete with instances of camaraderie and friendly competition amongst the players. The game was described by a Melton Fellow as ‘organized chaos’!

Catch all the action from the Global Citizenship Conference at meltonfoundation.org/news! Watch the important highlights of the Conference below! There’s more where this came from! 🙂

Equality for All – A collection of stories from Africa

On 2nd July 2022, the Melton Foundation is hosting a Virtual Townhall to connect around…