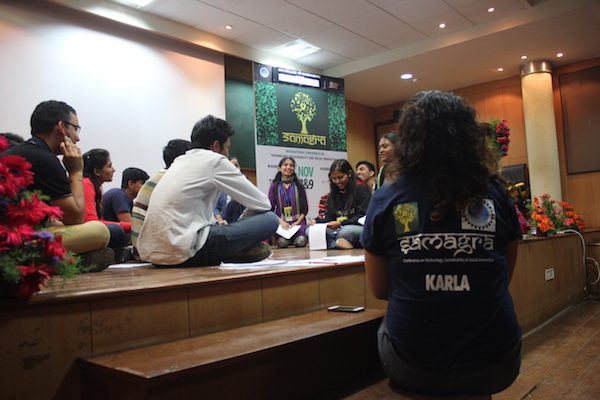 What do prosthetic legs, menstrual health education and zero-energy buildings have in common?

They are innovative products and initiatives taking a holistic approach to improve people’s lives and the planet.

These were some of the topics covered at Samagra, an international conference on technology, sustainability and social innovation hosted by the Melton Foundation at its partner university BMS in Bangalore, India. Samagra, which means holistic in Sanskrit, explored technology’s emerging role in steering the society towards inclusion and sustainability through inspiring talks followed by hands-on workshops facilitated by international Melton Fellows.

Arun Cherian, who gave up a prestigious Purdue PhD in his quest to design affordable prosthetics for about 7 million amputees worldwide, shared the inspirational growth story of his startup Rise Legs and how it earned the backing of players like MIT and the Red Cross. But there’s more to Rise Legs than fitting prosthetics on a client and moving on to the next. Their dedication to help their clients relive their dreams led them to create three specialized products: Rise Sports, Rise Dance and Rise Martial Arts.  The secret to making it work? “Involve stakeholders early on, keep the end user in mind, and learn from the people smarter than you,” Cherian says.

As a mechanical engineer backpacking through rural Africa, Jackie Stenson shared her frustration at finding many brilliant instances of local frugal innovation failing to catch on and reach a wider market, principally owing to poor design. It’s a mistake to assume that a great product always equals great impact, Stenson says, and it’s critical need to get products to working dissemination channels – in other words, “the world’s essential technologies in every local shop” – an endeavour that her venture Essmart is striving to achieve in rural India.

“Having heard their stories and where they came from, it dawned on me that these awe-inspiring people making a difference in the world aren’t so different from the rest of us. The trait that sets them apart is the ability to find inspiration in a problem and the courage to jump right into it. Inspiration, hard work and a burning desire to effect change-that’s all it takes to be like them.” 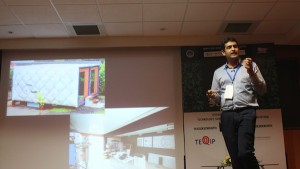 Rupesh Iyengar, a renowned high-performance building designer, spoke of the often overlooked complicity of city buildings in greenhouse gas emissions. Recalling the humble beginnings of his dream of designing net zero energy buildings in Singapore, he demonstrated his successful projects in China and Bangalore which blended modelling based on wind patterns and ancient architectural cooling techniques.

Aunna Wilson, co-founder of Pasand, told the story of her balanced yet bold approach for tackling the taboo of menstruation in India. We got an insight into Aunna’s fierce passion for female hygiene as she recalled her own experiences with puberty, emphatically championed gender equality, and asserted that the problem permeates economic class borders.

Purnima Kumar from Lumeter Networks highlighted the prohibitive cost of large-scale kerosene use and gave us a firsthand account of the problems of living life off the grid, likening it to a 24/7 blackout. It was heartening to see her describe children being able to study for the first time at night thanks to Lumeter’s ever-expanding mission to bring Solar to the off-grid world. 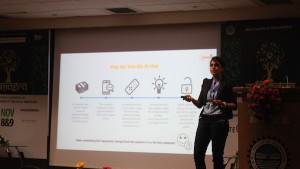 Having heard their stories and where they came from, it dawned on me that these awe-inspiring people making a difference in the world aren’t so different from the rest of us. The trait that sets them apart is the ability to find inspiration in a problem and the courage to jump right into it. Inspiration, hard work and a burning desire to effect change-that’s all it takes to be like them.

After being inspired by the speakers, Samagra participants got to dive deeper into the issues and take a critical look at current questions at the intersection of technology, sustainability and innovation. The workshops, led by Melton Fellows, invited the audience to think outside the box and to take a holistic approach to problem solving.

“The world at large stands at a crucial juncture right now. A holistic and sustainable alternative is urgently needed in order to remedy the flawed developmental agenda that’s long been pursued to the benefit of a few and often at the cost of the environment.”

Drawing from her own extensive field experience, Fellow Karla Palma called on the engineering community to consider a problem’s human/moral dimension aside from the scientific/technological one. Fellow Pedro Poblete’s workshop explored user-centered research and the three categories of research techniques – observing, listening, finding inspiration – besides the “thinking out loud” technique. Fellow Yandi Shen and Rajath Dani’s workshop on Big Data discussed possibilities such as predicting the onset of Alzheimer’s by imitating brain connections using big data analytics. Fellow Julian Klauke examined the not-so-green aspects and consequences of supposedly green measures, such as the complicity of the paper industry in environmental contamination – concluding, to the surprise of many, that an efficient use of plastic bags is, in fact, the lesser evil in some cases. Fellow Victor Valenzuela gave practical advice on how to turn an idea into a solid value proposition using a human-centered, needs-based approach, and Fellow Alafia Stewart challenged participants to reflect on how technologies can help to combat physical limitations of the body, supporting the disabled in leading an independent, dignified life. 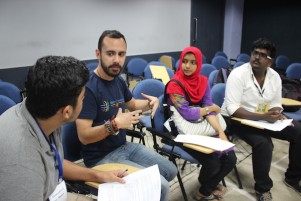 The world at large stands at a crucial juncture right now. A holistic and sustainable alternative is urgently needed in order to remedy the flawed developmental agenda that’s long been pursued to the benefit of a few and often at the cost of the environment. Technology and the digital explosion are revolutionising the way problems are being solved, and Samagra was a small effort in initiating a crowd of budding engineers and techies to solving global and local issues by doing what they do best – designing technological solutions.

I join my co-fellows in the belief that Samagra offered an interactive learning platform to our fellow young changemakers, and hope it will spur a small change that’ll aid in the betterment of the world in some way.