When do we draw the line?

"It is incredible that COVID-19 had to bring the entire world to a standstill for people to realize that certain things need to be changed." Chebesi Daphne, a Global Citizen, and Melton Fellow from Cameroon, sheds light on the devastating and pivotal need for a socio-economic shift in her Central-African country. 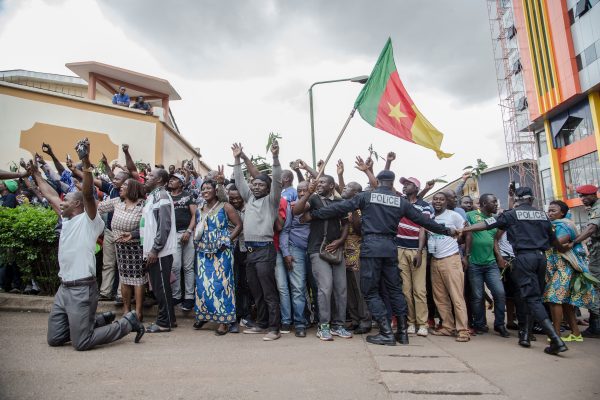 Aside from the visible negative impacts the virus has had on the world, it is creating positive changes in many other areas. The natural environment is breathing. Families are bonding. Businesses and institutions are finding new ways of carrying out their operations which they may never have thought of before. Domestic violence is being brought to the spotlight. Above all, revolutions are happening. There is a digital revolution as so many people now operate online. Then there are socio-political revolutions like the Black Lives Matter movement in the US aimed at causing a systemic change in dominant values and myths in most societies. This revolution has made the headlines for a few weeks now, especially in the US.

People from all over the world have matched in solidarity with it, and changes are beginning to happen. Countries comprising of multi-racial people are questioning racial discrimination. It has been a wakeup call for people all over the world to question discrimination in any form. From the look of things, this is going to be one of the most remarkable events or revolutions that will take place during this period. 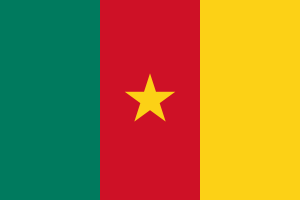 As the world stands in solidarity with all the major positive changes that are happening, it will be unfair to close our eyes to the little things that are still plaguing our various communities or countries that the media will never talk about or the world will never hear about. I woke up a few days ago to a google news feed suggestion which caught my interest. It stated that Africa is home to 9 out of 10 of the most neglected displacement crises in the world. Reading on, I realized that for the second time in a row, Cameroon has topped the annual index for the world’s most neglected crises according to the Norwegian refugee council. This ranking is based on three criteria:

The reason for Cameroon’s ranking in this position is primarily because of the ongoing crises popularly known as the Anglophone crisis. (“Nine of 10 most neglected displacement crises in Africa: NRC”, 2020).

As an African, it hurt me that 9 out of 10 of the world’s most neglected displacement crises are from Africa. Being from Cameroon, I am even more hurt because my country ranks first on the annual index for the world’s most neglected displacement crises. One question keeps running through my mind. Why the disinterest? I keep wondering why the world is so quiet, and there is no form of intervention. Is it not yet enough?

Sometimes I am tempted to think that international organizations or media do not deem what has already happened in Cameroon as “enough” to shed the spotlight on it or to intervene in one way or another. So, I am raising my voice, as an African, a Cameroonian, and above all, a Global Citizen. At a time, when the entire world is undergoing a revolution, it will be unfair for some countries to be left behind.

The crisis in Cameroon started in 2016 as a strike staged by the teachers and lawyers in the English-speaking regions of Cameroon. Four years later, it has evolved into an unending crisis characterized by a lot of human right violation. People have been deprived of their rights to life, which is the fundamental human right and confers then the privilege of enjoying every other human right. People have been deprived of their right to education and shelter. According to a united nations report, about 80% of schools in the English-speaking regions of Cameroon have been closed down. This has affected more than 600,000 thousand children. The crises have left about 1.3 million people, including 650,000 children in need of some form of humanitarian assistance. About 450,000 people are internally displaced, half of whom are children (UN News, 2019). As per my research online, there are no official figures regarding the number of deaths. Hundreds of people have lost their lives in the past three years.

This is just a birds-eye view of what is happening. Several houses and schools have been burnt down, and that is still happening. People are burnt down in their homes. Students and teachers are kidnapped on their way to school, some even killed. Some students who dropped out of school have never gone back. Teenagers are getting pregnant. Enemies are using the crises as an excuse to take revenge. Thieves are using the rises as an excuse to steal. People are being threatened. People live in fear and anxiety of what the next day will bring — Cameroonians in the diaspora dread coming home. Did I mention, Cameroon has had the longest period of internet shutdown done by any African government (Dahir, 2018) Words cannot adequately describe what is happening in the English-speaking regions of Cameroon. I think it is time for the international bodies, the media, and the world to react. In the words of the United Nations Humanitarian Coordinator Allegra Baiocchi,

“Cameroon Today can no longer be a forgotten crisis: It needs to be high on our Agenda.”

Being an advocate for the right to education of every human being: I am worried about the thousands of young people who cannot go to school. These same young people are told that they are the future of the country but are deprived of their right to education. I wonder what kind of future we are envisaging. Let me make it personal, my high school is currently in a deplorable state, and my high school principal almost lost his life because he dared to allow students to come to school. In Pakistan, it took the shooting of the youngest noble peace prize laureate Malala Yousafzai, on her way to school for the world to act. Well, many young people in Cameroon have lost their lives on their way to school. I guess that is enough for the world to act.

Two years ago, I arrived in Ghana from Cameroon. Most times, when I spoke to people, they had no idea a country existed like Cameroon. That was okay for me because I do not know of all the countries that exist in the world. But for the people who knew about Cameroon, most of them had no idea that Cameroon was facing a crisis. It was so surprising to me because I thought the world knew about it. Worst still, most people who knew about the crises had different stories about what was happening. Most of them had already passed judgment. This made me angry. It came to a point where I became biased and starting judging people who complained about the things that were happening in their countries. I will get angry when problems in some other African countries were put on the spotlight at school, and the crises in Cameroon were rarely among. Even when the crises in Cameroon were among, it will be given no special attention or sense of urgency. Then I realized each country had their pain points and as much as I wanted my country’s problem to be highlighted, it could not be done so at the expense of others.

Before most parts of the world starting practicing isolation due to COVID 19, people in the English-speaking regions have already been practicing isolation thanks to the numerous ghost towns and curfews. Before COVID 19 brought the school to a halt, many Cameroonians had could not go to school. Before COVID 19 moved university classes online, students in Cameroonian Universities already started doing school online because of fear of what will happen when they are going to school. Now we must do the same things because of COVID 19. It would be very unfair if changes are happening everywhere in the world after this pandemic and Cameroon remains the same. As the Melton Foundation’s founder, Bill Melton, once told us — “Never waste a good crisis”.

I may not understand the political, economic, or socio-cultural ebb and flow behind the crises in Cameroon. I may not be educationally qualified enough to pass sound judgments as to who or what is right or wrong. I may not also be able to comprehend the functioning of international organizations or even the media. So, I am not here to apportion blames. However, if there is one thing I am aware of which is a fact, it is that we all belong to a common humanity and we are supposed to act in its common interest. Unfortunately, some people do not know this, or they know and just refuse to act accordingly. Before political, economic, and socio-cultural systems came into place, human beings already existed. Why then do we value these systems over human lives?

Here I am wondering to myself,

When do we draw the line?

Like blacks in the US or maybe all other people trying to make a change during this period, when do we decide that enough is enough? As individuals, we may not be able to alter laws or systems. But we can raise our voices one at a time to reach the right people. Malala Yousafzai would say, “When the whole world is silent, one voice becomes powerful”. Coronavirus has silenced the whole world, and I think this is the time for us to raise our voices.

Trigger Warning: These testimonials are from citizens of Cameroon and may be hard to digest for some readers. (Anonymous as requested)