A delegation of fellows joined changemakers from around the world and explored collaborations in impact philanthropy. 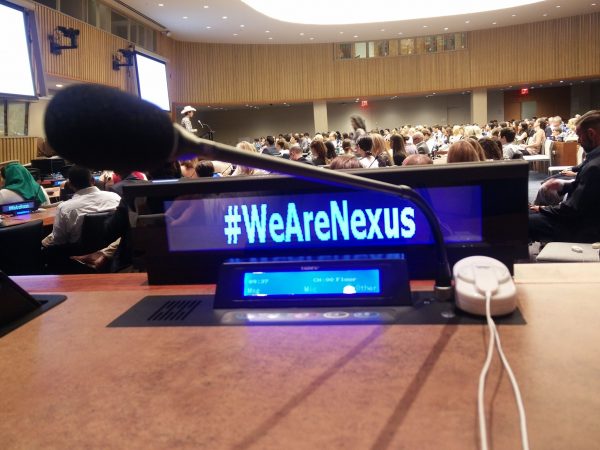 The Melton Foundation was invited to participate in the Nexus Global Youth Summit at the U.N Headquarters in New York, from 20th-22nd July. Junior Fellows Ashitha Nayak and Beryl Nana Ama Akuffo-Kwapong and Senior Fellows Victor Valenzuela and Gaurav Visvanathan  joined the Executive Director Winthrop Carty in representing the MF at the summit. 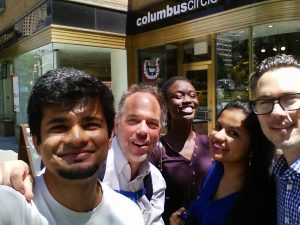 Nexus is a global movement which seeks  to bridge communities of wealth and social entrepreneurship. With thousands of members from over 70 countries, Nexus works to unite young investors, social entrepreneurs, philanthropists and allies to catalyze new leadership and accelerate global solutions. Founded in 2011, Nexus has hosted over 20 summits across six continents to connect young people from diverse backgrounds and link communities that would otherwise never meet. Nexus also conducts research and provides thought leadership to facilitate collaboration and build a global culture of philanthropy. 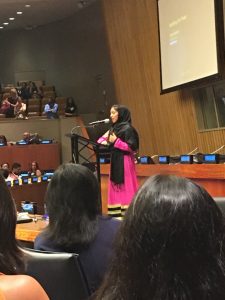 Sonita Alizadeh, Afghani rapper, tells the Nexus audience to amplify their power against all odds.

The MF delegation was inspired by the plenary sessions, which included powerful role models such as Sonita Alizadeh, an Afghani rapper who fled child marriage from a refugee camp in Iran, and North Korean defector and human rights activist Yeonmi Park, as well as innovators such as Memphis Meats, which is working to reduce the environmental impact of global meat consumption by producing lab-grown meats that are tasty, affordable, and low-impact.

Fellows also attended sessions such as “Pushing Boundaries through Film and Media,” where they interacted first hand with 8-10 social impact companies that use VR, media, and audio-video to bring about change, and “Relationships and networks can be resources for life” on the importance of long-term connections.

The team reported making many valuable connections with other changemakers and will be sharing their own stories from the Summit soon. Stay tuned!